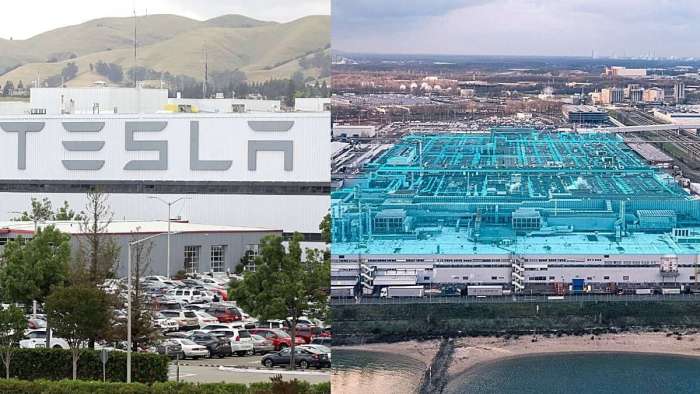 Last February Ford announced that it was entering into an all-electric future through a new $1 billion investment to modernize its vehicle assembly facility in Cologne, Germany, one of its largest manufacturing centers in Europe and the home of Ford of Europe. The investment will be a retooling of Ford’s existing vehicle assembly operations into the Ford Cologne Electrification Center for the manufacture of electric vehicles - Ford’s first such facility in Europe. 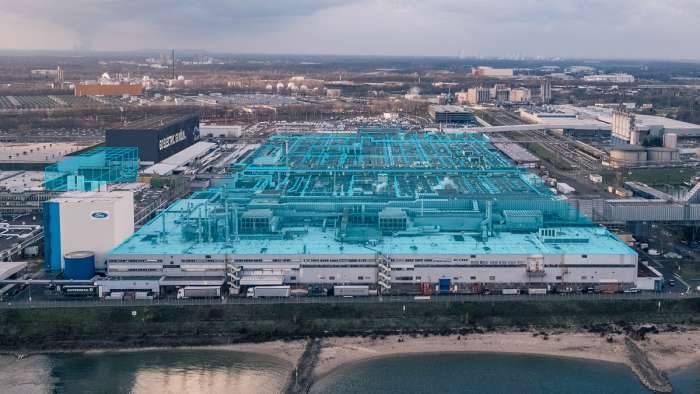 “DTE Energy today announced that it has commissioned a new solar array at the Ford Research & Engineering Center in Dearborn, Michigan. The 2,159-panel array is located on the rooftop level of the Deck 400 parking structure. The array includes an integrated battery storage system and will be used to power newly installed electric vehicle (EV) chargers. The solar array can generate 1,127 megawatt hours of clean energy, which has the environmental benefit equal to the carbon sequestered by nearly 980 acres of U.S. forests in one year.” 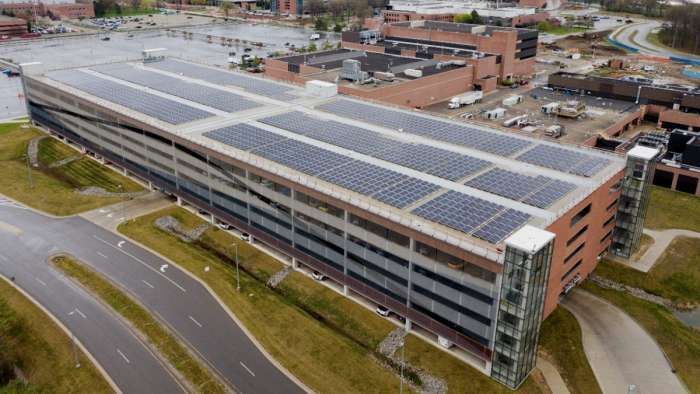 “This is the third solar array we’ve constructed with Ford, and we want to thank them for their ongoing partnership,” said Trevor Lauer, president of DTE’s electric company. “Between the growth in the EV market and the transformation we are seeing in the energy sector, I believe we will begin to make real progress in the fight against climate change.”

This is big news. And not just for the environmentally minded, but for auto enthusiasts and car consumers watching and waiting for the right time to buy their first EV.

Consumers tend to be brand lovers and one of the questions factoring into the car-buying decision right now is whether they are a Tesla fan or a Ford fan. And Ford and other automakers know this.
Hence, we are reading more news releases that sound Tesla-like, with claims of innovation, sustainability, and their potential “greenness” impact on climate change from the more stolid traditional automakers. It’s almost like hearing your grandfather discuss cogently the differences between hip-hop and jazz-funk. It’s both unsettling and reassuring at the same time.

The gist of the article is that traditional Ford fans need to recognize that:

And, I believe that he is spot-on with his Earth Day message.

I am a Ford Fan. I have feelings for my 1973 F-100 that borders on a Hallmark moment at timesI want to be buried in it. However, I am also a fan of improved technology whether it be modern car performance such as with a Tesla; or, discovering how an old engine can be upgraded to squeeze more performance out of it than when it first came off of the assembly line.

There’s no question that Tesla is responsible for the new changes we are hearing from our founding auto fathers. And, it remains to be seen where those changes are going to take us on the highways. Are Ford and other automakers mimicking Tesla? Maybe... for now. But Ford is definitely catching up… and that is a good thing. Not only because it will lead to better cars eventually, but it also means that this could lead to better relations between brand-loyal auto enthusiasts by narrowing the divide between the old and the new.

“On Earth Day, we should all realize we live on the same planet and we all have a minimal amount of time here, so why not co-exist peacefully together. That sounds a little hippie dippy, but it’s the message I’m preaching for Ford enthusiasts here on Earth Day” wrote Dinsmore.

Your opinion counts. Do you think that Ford is merely mimicking Tesla; or, are the two auto makers in a new type of space race that could lead to some unforeseen leaps in technology similar to the Apollo program in the ‘60s?

Frank wrote on May 12, 2021 - 8:03am Permalink
All need to see the newest internal combustion engine that will make the world environmentally better from CV Motion Tech. Their engine is an excellent choice for all forms of combustion-able fuels available today. This engine performs as good, and in some cases better than electric motors in use today. Increase in; Power, torque, mileage, and longevity. Decrease in; size, weight, number of moving parts and most of all emissions. I think CV Motion Tech has really got something here, and is on the move!
Timothy Boyer wrote on May 12, 2021 - 11:19am Permalink
I agree. Took a look at their site and it is most impressive. There is no reason to totally avoid existing tech that is vastly improved, just because the latest tech is trending. Why not a merging of the two? That's what makes automotive tech so fascinating! Thank you for pointing me towards it.