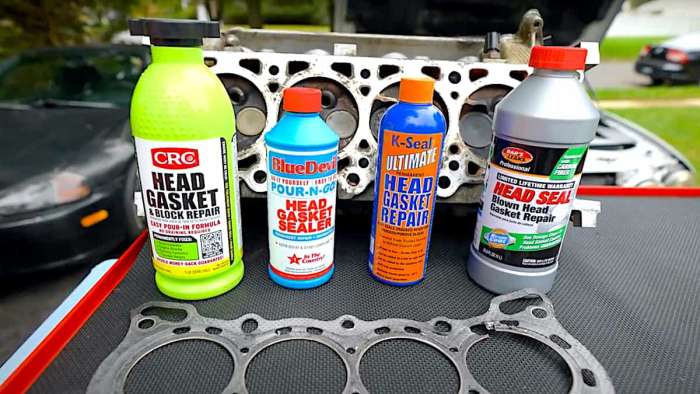 Earlier we had discussed in a tutorial about blown head gaskets what non-mechanic car owners need to know to protect themselves from either being scammed or avoiding additional damage when their engine begins to leak internally.

If you’ve never had a blown head gasket then you are fortunate because it can be one of the costliest repairs you will ever face with your car engine, which occurs more often in some models of cars than other models---even in popular ones like the Prius Hybrid.

Symptoms of a head gasket problem include:

• White smoke coming from the tailpipe.
• Bubbling in the radiator and coolant reservoir.
• Milky white coloration in the oil.
• Unexplained coolant loss with no leaks.
• Engine overheating.

Causes of a blown head gasket are often traced to:

• Coolant issues such as an external coolant leak (or owner-induced poor maintenance failing to monitor the coolant level periodically) which results in not enough coolant to adequately cool the engine block, causing warping of the cylinder head and thereby exacerbating the coolant loss even further.

• Coolant that was replaced during a fluid flush, but improperly replaced leaving air trapped within the coolant passages and thereby preventing or decreasing normal block cooling.

• Hybrid engines that undergo constant heating and cooling cycles that causes the head gasket to lose its sealing properties over time.

Another problem with blown head gaskets is that they are a favorite scam target for the unsuspecting car owner, which is why you should always seek a second opinion whenever someone with a clipboard approaches you with a “Afraid I’ve got bad news for you. Your car has a blown head gasket; however, the good news is that we can fit you into our schedule right now and have you back on the road in no time.” 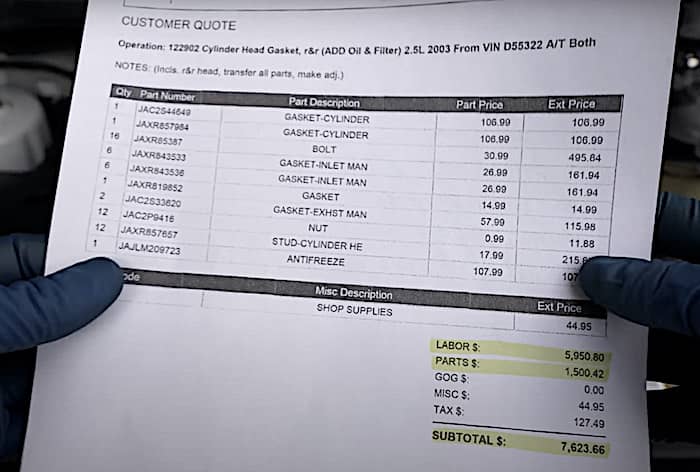 If you ever looking to start a spirited conversation at a soirée, nothing can be more taxing on everyone involved than discussing the merits, the faults, and the reasons why or why not a liquid head gasket sealant should be poured into a car engine.

Basically the arguments come to this:

• The plus side of using a head gasket sealant is that---if it works---it will save you a lot of money as an alternative to a proper head gasket repair.

• The negative side of the argument is that at best they are only temporary fixes when they do work, but also risk causing additional engine damage making things worse.

• Furthermore, there is also the argument that mechanic-in-a-can solutions should be banned because they have a dark side whereby used car sellers look to hide a leaking head gasket problem just long enough to dump their problem on someone else.

The following video of his experiment explains how to tell if your engine actually does have a leaking head gasket problem; reveals whether these head gasket sealers really do work; and, just how long you can reasonably expect a head gasket sealer fix to last.

For additional related used car repair articles, be sure to check out another common engine malady you should be aware of titled “The Most Important Used Car Test You Should Do Before Deciding to Buy a Used Car.”

COMING UP NEXT: How Not to Get Taken Advantage of When Buying a New or Used Car Today

LG's New EV Battery Plant Is a Welcome News for Tesla
Tesla Giga Berlin's New Hurdle: It's Not Only the Gov't, but Now Tesla Itself
END_OF_DOCUMENT_TOKEN_TO_BE_REPLACED