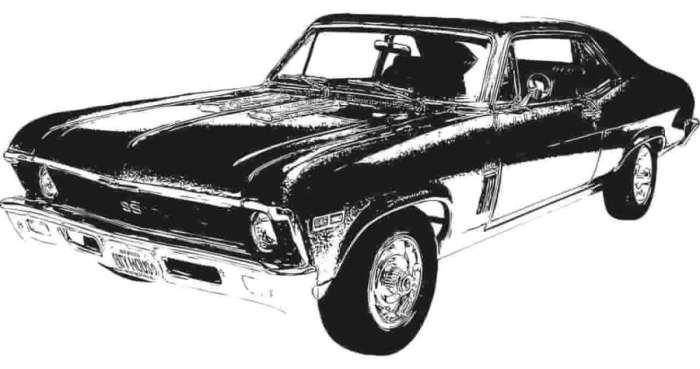 As a continuation of an earlier article about the potential perils and pitfalls of engine swapping, here’s a good example of choosing a classic chevy engine swap with this popular model and what you should really consider having done before putting a new engine in---that will save you money down the road.
Advertisement

In an earlier article, some important considerations that need to be understood and made concerning engine swapping or replacement was discussed and shown with testimony from experts who have experience in this kind of automotive work.

In the article I wrote:

In most cases, it is almost never prudent to pay a garage to do an engine swap for your car when something nearly irreparable has happened to your car’s engine. For most car owners in this position, it’s typically a matter of an older used vehicle that while has served the owner well over the years, the normal wear and tear aging of everything else besides the engine just does not make good economic sense. The owner in this position would do better to spend his car budget on either a new or lightly used vehicle instead.

And despite some argumentative comments afterward about the article, I still stand by what I wrote. There’s no denying that paying a garage to do an engine swap or replacement is going to be an expensive undertaking. The exceptions I added to my advice was when the vehicle was practically new and had a blown engine; when there is sentimental value to a car that is more about the love for a particular car than it is about the economics; and, when it’s a special sports model or vintage model classic.

In other words, that Kia, Hyundai or Toyota may have served you well over the years, but after a couple of hundred thousand miles or so of aging, there’s a good chance much more needs replacing than the engine and it just does not make good economic sense to sink the money into it. In other words, the majority of modern cars on the road today are not what I would call "engine swap-worthy"--- but of course there will always be some exceptions.

If someone has the DIY skills and can swap a better condition used engine themselves on the cheap for only $1500 and not be worried about the rest of car, that’s fine for them---but not a good route for most car owners to take with their vehicles.

That said, let’s take a look at one example of an engine swap-worthy candidate car.

In a recent Car Wizard episode, the Car Wizard presents a 1979 Chevy Nova that he is being paid to work on toward its restoration that includes installing a rebuilt engine that came with this model of car. This is a good example of a vintage candidate worthy of putting the extra work and dollars into---not only is it a classic, but it holds sentimental value to its owner as well.

In fact, the Car Wizard does point out that this will be an expensive undertaking for the owner, but that he believes this is a good make and model to choose for a stock rebuild while noting some of the repairs that will need to be done aside from the engine rebuild.

An Important Point Made About the Rebuild

While not everyone may agree that a Chevy Nova is worthy of a restoration---and I will agree that there are some better candidates to spend your money on---the Car Wizard makes an important point about the rebuild. Once you have the engine out and are waiting for the block inspection and reconditioning, NOW is a good time to take care of all of the front-end issues with an older car due to the easy access without the engine in the way.

It is not unusual for someone to become caught up with the engine swap but realizes too late that that was the most opportune time to do other repairs and maintenance that will save money down the road.

Here is the video in its entirety. Not the best one the Car Wizard has made (too much clowning around for my tastes), but he does make several good points that are worth sharing for anyone considering an engine swap, engine replacement or vehicle restoration.

Engine Swapping? HOOVIE helps the CAR WIZARD share what to do in an empty engine bay on a '79 Nova

For additional articles about engines, here are two selected articles for your consideration: “Consumer Reports Analysts Reveal the Used Cars Most Likely to Need an Engine Rebuild and What to Buy Instead” and “Timing Chain and Timing Belt Problems and Repair Demonstrated by Mechanics”

COMING UP NEXT: The Best Used Affordable Economical Commuter Car Recommended by This Mechanic

DeanMcManis wrote on February 11, 2022 - 12:59am Permalink
I'm not sure that I would ever spend thousands to restore a 1979 Chevy Nova. A '64 Nova, sure! But the mid-to-late 70's was a very sad time for American cars. And I wouldn't put in good money for bad there. As to the value of engine swaps, I had a 2004 Honda CR-V which burned a valve at 135K miles, and I found a 60K mile used motor and swapped it out with the help of my mechanic friend. The newer motor cost me less than a head rebuild, and the car ran great for another 150K miles before the CR-V was hit and retired. I would do that swap again in a heartbeat. But some of that was because it was a Honda, and the rest of the CR-V soldiered on without complaint or added expense for years with it's new heart transplant. I put a couple newer engines into my 1959 Karmann Ghia over the years, which was relatively simple process. And certainly worth the minimal effort. But I do have a great sentimental attachment to the car, which makes the engine swap choice easy, when necessary. I have owned many cars though that wouldn't be worth the effort or expense.
Timothy Boyer wrote on February 11, 2022 - 4:07pm Permalink
You know my thoughts about the 79 Nova is that compared to modern car body styles today it looks awesome. It will be interesting to see which younger cars will become classic keepers in the future that would not turn my head today. My bet is that when EVs take over the world, there will be market for pre-EV cars either to rebuild or convert. Wish I had the money and garage space and spouse willing to invest in "barn storing" several models. Oh well. Thanks for the input.