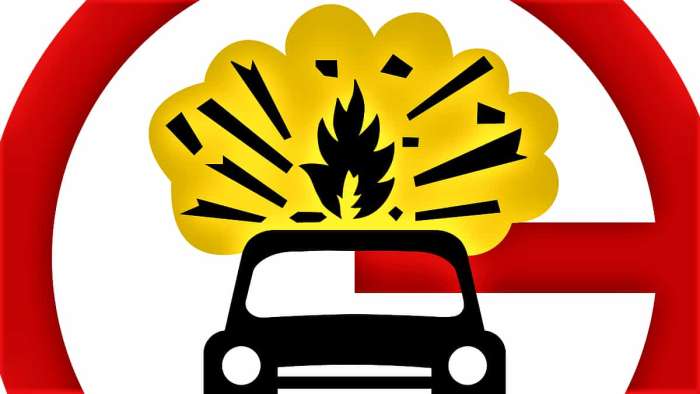 Here’s the latest video showing a car thief setting off a booby trap installed by the vehicle’s owner that raises the question of when is a retaliatory prank going too far?
Advertisement

A Booby Trap Surprise for a Criminal

According to a recent WKYC news story in New Orleans, a parked truck break-in was caught on tape revealing a surprise for the criminal as a flash-bang booby trap installed by the vehicle’s owner exploded in the criminal’s face after breaking through the driver’s side window and reaching into a seat compartment box.

The news story reports that the owner of the truck did this in response to having to replace his driver’s side window “…7 times this year alone as thieves would smash them out in an effort to see and get what's inside.”

The criminal made a hasty retreat and is believed to be unharmed; however, it raises the question of whether it is legal---or even a good idea---to try to protect your vehicle by installing booby traps that have the potential to cause bodily harm?

Here is a video of the news report that states the truck owner will not be charged by the police for installing the booby trap:

There Are Legal Limits to Protecting Your Property

While the video is an entertaining news bit that fosters the “criminal gets what he deserved” reaction from the public, the fact of the matter is that this could have very easily gone wrong and placed the truck owner in jail if not prison and financial ruin.

For example, as you saw in the video, the criminal went head-first through the broken window reaching into the truck bringing his face dangerously close to the exploding booby trap. If he had lost one or both eyes, there would be serious legal ramifications that would cost the truck owner much more than replaced automotive windows.

Steve Lehto of the Lehto’s Law YouTube channel addresses his legal opinion based on how the laws in most states apply toward making it illegal to booby trap your home against burglars breaking-in. What it breaks down to is if an owner’s actions result in a death or grievous injury, the owner will be charged with a crime---regardless of the circumstances and intention. The inference then is that booby trapped vehicles will be treated similarly by the court system.

Here is Steve’s take on the incident:

No Charges for Man Who Booby Trapped His Truck

The take home message is this: as much as we may want to carry a fair-is-fair belief in life, the reality is that following Hammuabi-esque retaliatory law where the punishment is deemed to fit the crime (or at least scare the bejesus of a criminal) modern law is not that simple and looks more at the bigger picture of what this means to society overall
.
For example, the use of glitter bombs to “teach a doorstep thief a lesson” might seem a harmless enough prank, but what if the criminal(s) open the package while driving away and this results in a fatal accident involving another driver on the road?!

In other words, don’t become an accidental criminal and risk causing others harm.

• Catalytic Converter Criminal You Would Not Expect

Dave Whitford wrote on April 12, 2022 - 4:03pm Permalink
Well...first off, if the scumbag breaking in could just resist the urge to break in, he'd be light-years ahead of where he is now. Secondly, the vehicle owner is fully justified in taking any measures necessary to protect the property he has worked and paid for.
Francis Morgan wrote on April 12, 2022 - 7:47pm Permalink
It's okay for banks to put dye packs in with stolen money but an ordinary citizen is not allowed to take any steps to protect his property