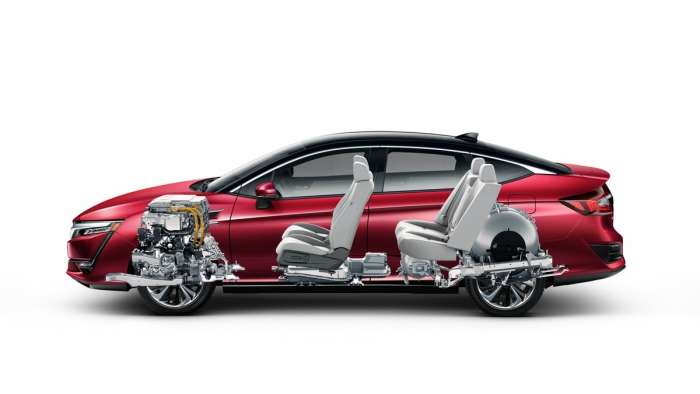 The Honda Civic and Honda CR-V were among the country's top-10 best-selling vehicles in 2020, and the just-released 2021 Honda Ridgeline is getting plenty of attention. But the most unique vehicle in the carmaker's lineup, the Honda Clarity Fuel Cell, isn't for sale.
Advertisement

Introduced in Southern California in late 2016, the Honda Clarity Fuel Cell is the manufacturer’s most unheralded car. It's rarely witnessed, and it's only available as a leased vehicle and only in California. It's also among the most interesting cars I've ever driven.

Like the hybrid Clarity, the fuel cell edition is distinguished by its polarizing rear-wheel "skirts" body style to improve aerodynamics. I may be in the minority, but I think it's attractive — a nod to skirted vehicles of yesteryear. 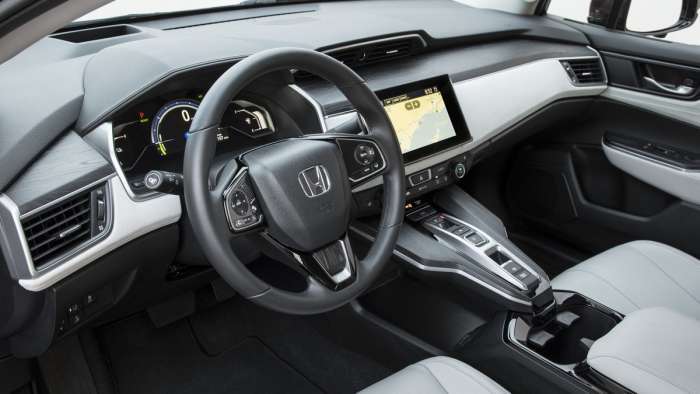 Honda has long been at the forefront of alternative fuel vehicles, beginning with the country's first hybrid, the Insight, in 1999. But the previous year, Honda debuted the Honda Civic GX. It operated on compressed natural gas and was the country's only such factory-built vehicle. It was eventually available in 35 states but was poorly marketed, underpowered, sold poorly and was discontinued in 2015. It took several years for Honda to even include the CNG in its full lineup sales brochure. 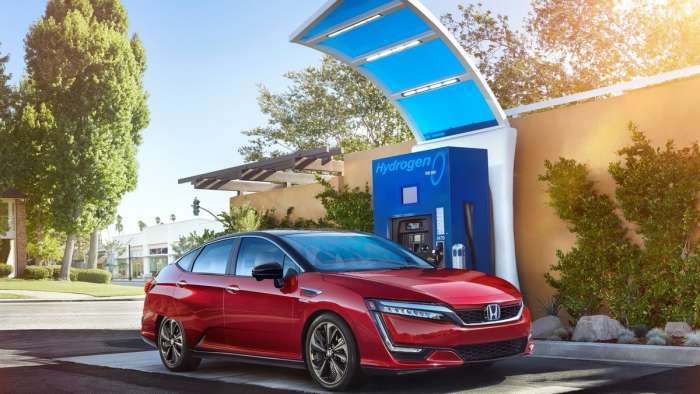 Honda's Fuel Cell Clarity seems headed toward a similar fate. Not many have been leased, and it's a shame. Potential buyers may be inconvenienced; hydrogen refill station locations require Clarity drivers to plan their trips. Locations are expanding, although Southern California still has far more locations than Northern California.

Hydrogen has its proponents and detractors. The former cite that hydrogen has zero emissions, with refueling a quick, efficient system completed in less than five minutes. It's a four-step process and best done wearing gloves since hydrogen is cold.

The Honda Clarity Fuel Cell is as quiet and as well-appointed as any Honda sedan. It's surprisingly fast, comfortable and has a 360-mile range, give or take a few miles.

Financing is chock-full of incentives. Honda offers a 3-year lease requiring $2,878 due at signing and $379 a month. The lease includes $15,000 worth of hydrogen for use during the duration of the lease. The Clarity Fuel Cell is also eligible for California’s Clean Vehicle Rebate credit, currently $4,500.

The Clarity Fuel Cell sedan is also allowed on HOV lanes. It was a welcomed opportunity and time-saver while driving the Clarity from Northern to Southern California and back and for just under 1,000 miles. I felt guilty at first cruising along the highway speed limit in the far left-hand lane while the rest of the lanes were gridlocked. But I got over it quickly.

Further promising was a recent report that California has a committed endowment for the development of 100 additional hydrogen refueling stations to meet its goal of 1.5 million zero-emission vehicles by 2025. Other states would be wise to follow.

Hydrogen-fuel detractors cite the cost of hydrogen, nearly twice as much per gallon as gas. Skeptics make jokes about hydrogen, citing the Hindenburg, the infamous hydrogen-filled German airship that exploded in New Jersey in 1937.

Likewise, many drivers are uncertain about any alternative fuel vehicles. Even if convinced driving a hybrid would be worthy, selecting a hydrogen vehicle would be too extreme.

So it's true. The Honda Clarity Fuel Cell sedan may never catch on with the public. But it’s an alternative fuel car that makes a lot of sense. Its emissions are water vapor and warm air.

It's thoroughly enjoyable to drive, skirts and all.

James Raia is an automotive columnist from Sacramento area and covers Honda News at TorqueNews.com. You can follow James on Twitter and LinkedIn for daily automotive news updates.