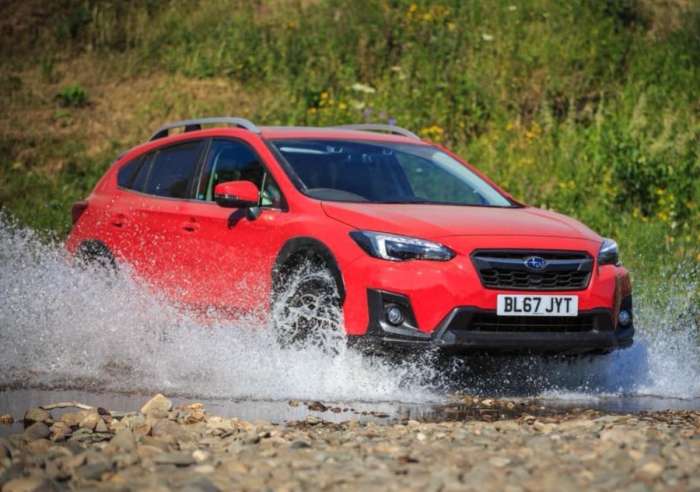 New Subaru Crosstrek Hybrid Details; Why You May Not Be Able To Get One

When the new 2019 Subaru Crosstrek PHEV arrives later this year, it won’t be available where the brand is most popular.
Advertisement

Subaru of America is bringing its first-ever plug-in hybrid vehicle (PHEV), the 2019 Crosstrek Hybrid. It’s coming later this year, and it will incorporate Toyota Prius Prime technology. But fans in western U.S. states may not be able to get one. Here’s what’s coming for those in California and the Northeast.

Subaru's new Crosstrek plug-in hybrid will be sold only in the U.S. to comply with California's zero-emission vehicle regulations. According to what Colorado dealerships are telling customers, Subaru Corp’s plans are to only sell the Crosstrek PHEV in the 10 states that have adopted zero-emissions vehicle requirements. There are only nine states that have adopted California's ZEV program. They are Connecticut, Maine, Maryland, Massachusetts, New Jersey, New York, Oregon, Rhode Island, and Vermont. So unless you live in California or one of these states in the Northeast, you are out of luck.

Subaru, with their own in-house electrification project, will tap Toyota Prius Prime technology but will use their own boxer engine, rather than the Prius Prime's transversely mounted Toyota powerplant. They will likely use a 2.0-liter Boxer engine like “e-Boxer” just announced for the new Japan-spec 2019 Forester Hybrid. The fifth-generation 2019 Forester e-Boxer, announced for the Japan market, will be powered by the newly developed 2.0-liter direct injection engine coupled with an AC synchronous electric motor.

Subaru also says the new Crosstrek Hybrid will maintain all the capabilities of the traditional Subaru Crosstrek with increased fuel efficiency. It can be driven as a normal Hybrid, using both gas and electric power and eliminating range anxiety, or driven on an all-electric drive for local commuting. The new crossover will also get X MODE and 8.7-inches of ground clearance for off-road adventures. “The Crosstrek Hybrid combines the wide-ranging off-road capability of the gas-powered Crosstrek with hybrid efficiency,” says Subaru.

To get an idea of what’s coming from Subaru, we can look at Prius Prime’s efficiency. It gets an EPA-estimated 133 MPGe, 640 miles total driving range and 54 combined mpg. Toyota says it also comes with 25 miles of EV Mode driving range. Prius Prime can be charged with a standard household outlet and charges in less than 5 hours 30 minutes. Subaru has not revealed fuel economy numbers.

The new Crosstrek PHEV won’t be sold where the brand is the most popular, in the Rocky Mountains and the state of Washington. Unless these states adopt tougher air-quality standards, environmentally conscious consumers who live in these regions won’t get any new fuel-stingy Crosstreks. The all-new 2019 Subaru Crosstrek Plug-In-Hybrid arrives in U.S. showrooms near the end of this year.