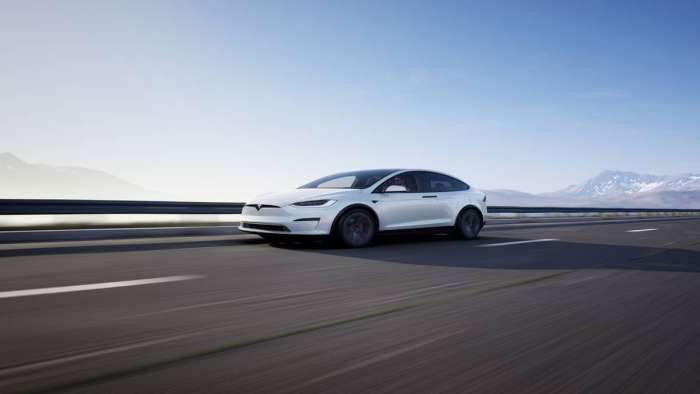 A Model X Owner claimed that five separate cars including his own all crashed at the same location. These accidents show that FSD still has some issues, but there is a lot that Tesla and those who own a Tesla can do to help.
Advertisement

A reddit user crashed his Model X long range into a boulder while on an on-ramp. The scene of the accident was posted via google maps. This accident occurred near Yosemite National Park.

The man who came forward after crashing his Model X had crashed into a boulder that appeared to be between the on-ramp and the off-ramp. The other accidents came to light after some rangers and locals mentioned them to him.

How the Model X crashed

There are many important details to note about how the Model X crashed. The driver claims that he wanted to turn onto the ramp, but the car seemed to just want to go straight. The driver also claims he was alert and had his hands on the wheel.

This is a thought-provoking crash report because the FSD system decided to override the driver and kept going straight. This is something that Tesla may need to look at. However, it would be important to know if the four other vehicles that crashed at that location crashed due to the same circumstances as the Model X.

The driver also complained that FSD kept telling him the moon was a yellow light. As far as we know, this information seems to be unrelated to the crash.

Owner of Model X was reluctant to tell his story

The owner of the Model X did not want his story to get out to the media. He said that he loved Tesla as a company. He also made it clear that his goal was to report this crash to Tesla and to get the car fixed.

The full story from the driver of the Model X is posted on reddit.

Ideas on how to deal with accidents

The reality is that accidents do happen whether it’s a human’s fault or the fault of the AI. A counterproductive way to deal with accidents is to spread fear and panic every time there is a crash. However, there is one thing Tesla should think about incorporating. Tesla should have a database where users can report accidents. There should be a website that helps collect the data. Anyone who reports an accident should have to sign a sworn testimony that the accident actually happened. This would help Tesla know what they have to improve on. A reporting database would also help Tesla owners bypass the media.