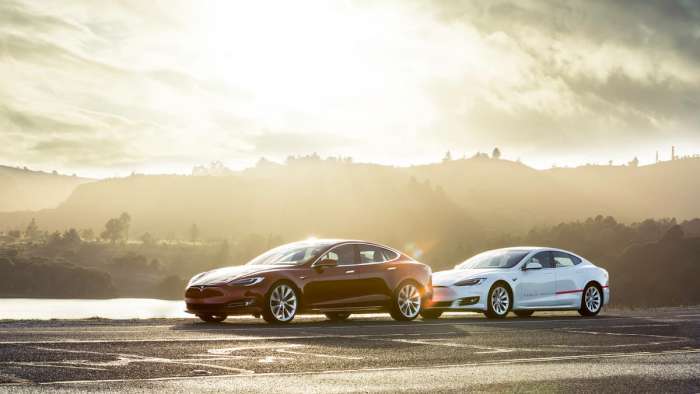 Tesla has set an example by pioneering Mega casting. As a result, suppliers are now ordering Giga presses so other automakers can use Megacasts for their cars.
Advertisement

There have been a wide range of suppliers who have placed orders for Giga presses. This is a good development for EV's in many ways. However, in the long term it may also show what Tesla lacks. Overall, Mega casting technology has been a good development and Tesla is at the forefront of it.

Suppliers who have placed orders

Other auto manufacturers are looking into Mega casting because of the benefits it yields. Tesla’s Mega cast has reduced the weight of the Model Y by 10%. Weight savings is something some car manufacturers have a dire need for, but any brand could probably benefit from creating Mega casts like Tesla does. The most important thing to remember about Mega casting is that the battery is built directly into the body of the car.

The reality is that various brands have improved leaps and bounds over the years at making the body of the vehicle. Mega casting should be a tool to help car companies get the most out of their body designs.

Other car brands could add to what Tesla started

When it comes to Mega casting, each automaker has a potentially huge opportunity in front of them. They could capitalize on this opportunity if they possess the skill and desire to do so. Automakers have the chance to improve on Tesla’s methods of Mega casting. Tesla uses the Giga press, but other automakers could find new methods to make better casts. This would be great for innovation.

Other automakers could help change the landscape like Tesla

Tesla has been at the forefront of some of the latest technology seen in EV’s. Nobody can take or undo the fact that Tesla was first to a lot of technologies. However, if other car brands can pick up on Mega casting, it may somewhat obscure that Tesla was the first to get into Mega casting. Many big car companies like Volkswagen and others could start to make casts for their own Model fleets. These car companies sell their cars at high volumes. If cars that were made with Mega casts start to be sold in volume, then Tesla may not be as well-known for their casts anymore.

Toyota vs Tesla: Which Stock To Buy These Days
For Some Former Daimler Managers Daimler Is Authority, While Tesla Is Like a Startup
END_OF_DOCUMENT_TOKEN_TO_BE_REPLACED