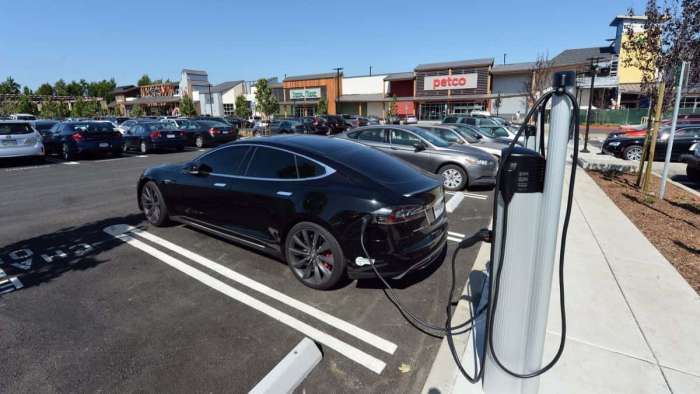 If You Want to Catch a Carjacker You Should Park Near a Tesla.

Criminals don’t know that Tesla Sentry mode can detect them, even if they aren’t robbing a Tesla. There have been numerous reports over the years of Tesla catching carjackers with the most recent one coming out of Utah.
Advertisement

The Jacksonville carjacking: A couple of weeks ago, a man in Jacksonville, FL was carjacked in his Tesla. Another man came running up to the car with a gun drawn as the driver of the Tesla was backing out of a parking space in an apartment complex. The attacker managed to hit the car once with a bullet. The Tesla Model 3 was able to catch the attacker on camera leading to a quicker prosecution.

The Utah carjacking is the most recent one out of these two events involving Teslas and which occurred just yesterday. An owner of a model Y was working out at a gym while carjackers were stealing possessions in a car parked nearby. The Model Y cameras were able to detect a lot of this suspect’s features despite the fact he was wearing a mask, gloves, and hat. The police believe they can probably find this suspect based on the footage, but the suspect hasn’t been found as of yet. This Utah carjacking is another recent one of many that have occurred in the past involving Tesla cameras.

The one thing the criminals haven’t learned, aside from the fact they should give up crime, is this important detail: A Tesla’s camera could be lurking in a parking lot at any moment. If a carjacker steals a car that is near a Tesla, they can still get caught by the Tesla’s cameras.

The best thing a non-Tesla owner could do would be to buy a Tesla equipped with Sentry Mode to address the threat of a carjacker. However, the next best thing to do would be to park near a Tesla when out in public. It makes sense to park next to or two spots away from a Tesla. Also, if a small or medium-sized parking lot has two or three Teslas parked there, the Tesla cameras could film activity around any car in the lot. This leads into the next important point of what the true capabilities of this feature actually are.

Like any technology, Sentry Mode does have its limitations although it is not exactly clear what these limitations are. It is unclear the furthest possible distance that Tesla can detect a carjacker. There is a 28-second video on Tesla’s Youtube channel that demonstrates Sentry Mode. At the 24-second mark it shows the Sentry Mode camera from inside the car. Based on taking a good look at the camera it appears the Tesla could see 30-40 yards in many different directions. There could be blind spots the camera can’t see, but that is not completely known. Also, Sentry Mode might not be able to see as well at night which could leave car thieves with an opportunity to wreak havoc on someone’s car. The good news is that Sentry Mode has caught a lot of carjackers and will more than likely continue to do so.

Sentry Mode as a security threat

Tesla has been getting a lot of criticism recently about their cameras from the media and the Chinese government. Musk made it clear that all information would be confidential and that Tesla wasn't doing any spying. There is some reason for concern as a Tesla driver with bad intent could potentially use Sentry Mode as a way to stalk people.

The future of Sentry Mode

The future of Sentry Mode is something that can’t really be predicted. Tesla will probably keep it on their cars since it works so well. The real question is whether there are ways Tesla can improve it which remains to be seen. In the meantime, it will be interesting to see how useful the Tesla camera is with helping to identify carjackers.

Check out yesterday’s article on the Tesla Semi’s most recent updates. There hasn’t really been news on how Sentry Mode could be incorporated into the Tesla Semi, so that is information that could be released in the coming months.

Tsingshan's Threat to Tesla: EV Maker Is In Battery Crosshairs
Tesla-Funded Research Reveals One of The Biggest Mysteries of EV Battery
END_OF_DOCUMENT_TOKEN_TO_BE_REPLACED