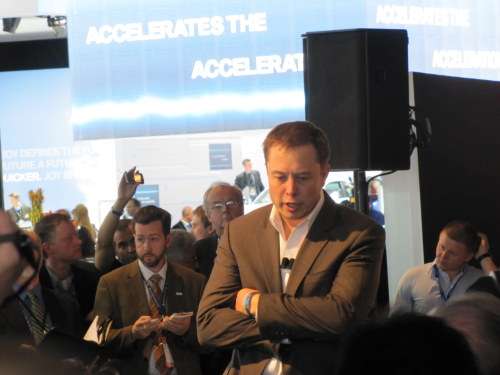 The North American International Auto Show is resetting the pace for this year’s presentations in Detroit to better enable the automotive industry to provide a glimpse of the future. This year, NAIAS will schedule between 30-40 worldwide debuts in addition to some North American debuts and announcements of ground-breaking technologies.
Advertisement

As per today's NAIAS press release, changes to the press conference schedule reflects international auto show trends. In line with trends of other international automotive shows such as Geneva, Paris, and Frankfurt, and to also accommodate customer demand - both the auto manufacturers and the media will attend the show together.

In addition, there will be a clear distinction between the two press days. The first press day, Monday, Jan. 10, will feature exciting worldwide, never-before-seen products, as well as significant North American introductions which will steer the direction of the industry for years to come.

NAIAS officials note more surprises are on the horizon and will be providing updates up to show time, especially with regard to the lineup of press conferences and critical industry events on Tues., Jan. 11.

Also within the release, 2011 NAIAS Chairman, Barron Meade said, “NAIAS is uniquely positioned to have the flexibility to deliver on the needs of exhibitors and media.”

In a separate Q&A segment of the release, Mr. Meade also noted that other shows in the U.S. may hype vehicles introduced at their show, but if you look closely at those announcements, you will find that many vehicles have already been shown in Paris or in shows elsewhere, and may even have also already been driven and reviewed by journalists.

The NAIAS is different in that it claims worldwide introductions for only those vehicles that have never before been seen at an international auto show, and the North American introductions are counted only if Detroit is the first time they've been shown in the United States.