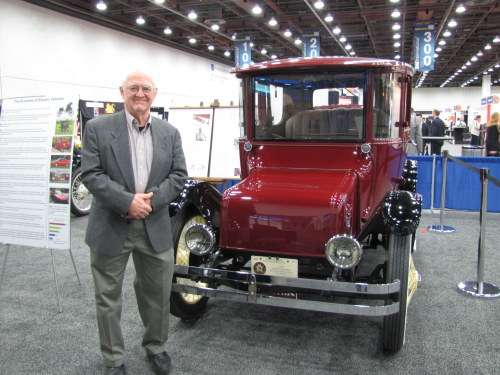 What does affordability really mean to an auto industry that is now considered rebounded from its trough of the economic crisis? Better yet, when will the auto industry deliver an EV at the same cost as an ICE vehicle?
Advertisement

Call it a rant or just thinking out loud: There is more to auto costs than just battery chemistries and energy density. It is the few, not the many that can afford a $450 per month minimum auto lease, regardless of the propulsion. And that is precisely the spot the public is placed every time an EV or a hybrid product is considered for purchase.

Blame it on the battery costs, American automakers say. Yet, I recently read an industry article from EVupdate.com that claimed researchers believe improved battery chemistries are still many years away. Does that mean the cost of EVs and hybrids will likely remain high, too? Let’s hope not.

Based on that premise, perhaps it’s time we take another look at propulsion systems in isolation to get a better feel for how automakers are playing the affordability game.

Imagine any new car of your choice from any dealership; then imagine pulling out the engine. Now let’s compare the body and the propulsion system separately. Sure, together they comprise a total system, but let’s assume that people do not really care what propels their car as long as it is comfortable, safe and affordable.

What you have left upon removing the propulsion system is much the same across the board for all the automakers, whether from America, Europe or Asia; nothing new under the sun. You find a beautifully painted auto body exterior, high-quality interior trim, and likely an advanced information system. The seats are still comfortable; the sound system still pleasant to listen to regardless of the motor that propels it.

So, it should be obvious: the cost of an automobile should not be drastically different in price whether the car is propelled by an IC engine or an electrified system that includes an electric motor, controllers and a battery storage system. Yet, that is the situation the industry has placed itself in.

My Position is This

If we choose to accept the premise that an EV must cost more, then they will remain higher in price for a very long time, albeit drop a bit just every now and then so as to make some marketing news. At this rate, an EV in the future may one day become the same price as an ICE vehicle, not due to EV cost reductions though, but more because the ICE vehicle going up in price simply due to induced inflation.

This is why counting on first adopters to advance the EV technology is ridiculous, in my opinion. They provide so little volume, providing more marketing cover than profits. First off, electric cars are not new; and neither is the main propulsion component, the electric motor. The only new tech is really the battery chemistry. Visit any auto museum and you will find the early cars were electric. My last visit to the SAE World Congress 2012 in Detroit yielded a 1916 Detroit Electric Model 60 Brougham with an 80 mile range. Now imagine if the industry had stayed the course.

Painting the future with pricing is called priming the pump. Instead the industry wants to dump all of the costs on the first adopters and the rest of the public, not to mention count on government (read taxpayer) incentives, then hope it takes off. Fact is, we a re truly ready for it, IF the price was right!

Notice how it works with other products. When the Americans said the VCR had no potential for mass production, the Japanese proved them wrong by redesigning and building the product first, and the public followed in droves. Likewise with cell phones, computers, tablets etc. Albeit most product introductions are always a bit higher, the spread between an EV and a comparable ICE car is a major stumbling block for the automakers to drive greater volume. The industry has yet to learn that the best solution to beat low sales on an already desired product is to create demand through better pricing.

As investors, we are expected to buy and hold so as to make a profit over time. Be patient, they say. Well, where’s the buy-hold and patient mentality of the auto industry when it comes to EVs?

Yes, isolating the systems helps us better see where the affordability culprit truly lies; and now we know. Then again, do not discount the automakers’ need to price for profits over market share, especially as they set prices more on what they can grab rather than what they should garner to build this new generation of electric vehicle acceptance. The banks are acting no different; building cash.

On the sub-system front, despite all the claims that lithium-based battery costs are coming down, simple fact is, they are not coming down fast enough to warrant the public to buy electric cars in droves. Sure the automakers’ marketing heads are proudly touting sales figures when up, but giving even bigger excuses when down.

Battery costs are not the only issue, though. Automakers are reluctant to change their manufacturing processes to accommodate lighter aluminum-magnesium auto bodies, which would avail greater driving range for EVs and better MPG for IC engine propelled vehicles. By the way, that 1916 Detroit Electric had aluminum body over wood frame.

At best today we have a form of hybridization with auto bodies, whereby high-strength steel and aluminum parts are now selectively used in increasing numbers. Still, there has been no significant weight reduction in autos, because they’re picking at gnats and swallowing camels, by choosing grams instead of pounds. If there was true weight reduction, even IC engine cars would benefit immensely and possibly meet the 2025 mandates ahead of schedule.

The position of the auto executives is that costs would have to rise to accommodate the new, lighter auto body materials, not to mention the retooling and revised manufacturing processes. No mention of their costs to the company and its customers. Yet, let me get this straight: replacing one high production material with lighter materials but still at high production, still will not bring the costs down to a level of parity? Cost differential between steel and aluminum? Well, Lotus seemed to overcome that with smart design. The gains in vehicle efficiency alone, both EV and ICE, would propel a company into the best marketing position it could ever imagine.

Besides, the industry will have to make lighter vehicles in less than ten years anyway just to meet the 2025 fuel mileage mandates. Why not now? After all, the battery chemistries are not expected to change much, say the research experts.

Now, add to the mix the comparison of the complexity of the IC engine versus an electric motor with a battery power pack. Suddenly you realize the cost should not be that much different. One can understand the high cost of hybrids which bring in two propulsion systems in parallel, or the Volt that brings in two systems in a serial arrangement.

That’s why the high cost of the Ford Focus EV, the Nissan Leaf and the Chevy Volt tells me we’re still being taken for a ride. Call them what you will, but those are halo cars; no more, no less; and mostly for green marketing purposes.

Rather than making affordability the target of its EV products so as to gain the volume which supposedly reduces cost, the industry prefers to play the green game by pandering to government and early adopters. The rest of us will simply have to wait it out until the Chinese and Korean imports arrive to get the price we would be willing to pay for an EV.

Aaron Turpen wrote on May 25, 2012 - 12:03am Permalink
Excellent thoughts, Frank. Too many people seem to think we need one propulsion system to fit all when it should be obvious (and some auto executives I've spoken with agree) that regional and task-specific systems are more realistic. Live in the city and commute a lot? OK, then an EV. Drive long distances regularly? Maybe H2 or NG or diesel/biodiesel then. Drive a mix? Bi-fuel. Heavy hauling? Lots of start-stops? Live near NG, oil, biofuel crops, solar, wind... ? For some reason, most people can't seem to wrap their minds around this idea.

Panasonic Updates Profit Forecast, Noting How Much Tesla Batteries Help The Jump
2022 Porsche 911 GT3 Laps Nurburgring in 7:04 With Journalist Behind The Wheel
END_OF_DOCUMENT_TOKEN_TO_BE_REPLACED