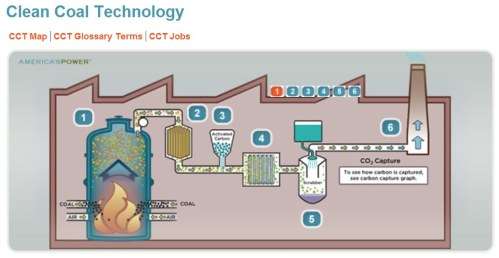 Considering over 50 percent of electric power plants in America are run with coal, electric vehicles are heavily dependent on them to complete their green equation far more than admitted by green car advocates. Enter the solution to aid the equation: Clean Coal Technology.
Advertisement

It’s modern to talk and write about wind and solar power as it relates to EVs; but whether anyone wants to admit it or not, America’s most abundant, domestically produced fuel is still coal. Think 200 years worth of supply.

This not only affects auto sector product planning like General Motors (NYSE: GM); Ford Motor Company (NYSE: F); Toyota Motors (ADR: TM); even Tesla (Nasdaq: TSLA) and others, but the coal and energy stocks as well.

Point is, the electrification of the automobile is tied directly to the efficiency and cleanliness of the energy sources that feed the grid; making coal by its sheer magnitude of contribution to the grid with the greatest impact. It’s that simple.

For the record, the term, “clean coal technology” was first coined by Congress in the mid-1980s to address pollution from coal powered, electrical generating plants in addition to coal-powered steel plants. Yet, while early work to develop clean coal technologies focused on efforts to reduce traditional pollutant emissions like sulfur dioxide (SO2), particulate matter and nitrogen oxides (NOx), which are a precursor to smog, later demands have increased to include the capture and safe storage of CO2, the latest pollutant as defined by the EPA.

The use of coal to generate electricity has nearly tripled just to meet growing energy demand of America, as it has in China and India. Yet, despite that increase, the Environmental Protection Agency (EPA) reports emissions of traditional pollutants regulated by the Clean Air Act, have dropped significantly.

Of course, coal is still getting the major blame for global warming by climatologists; yet, those producing the data fail to show the major polluters are no longer from America, but China and India. Likewise, they fail to show these gains that America has made by its increase use of Clean Coal Technology.

According to AmericasPower.org, past investments in Clean Coal Technology have provided demonstrable benefits in the form of reduced emissions and cleaner air. For example, an ACCCE-funded study entitled DOE Clean Coal Technology Programs Offer Highest Return on Investment reports that, by 2020, American taxpayers will see a return of $13 for every dollar the government invests in these technologies.

So, with the advent of the electrification of the automobile and its dependence on a cost-effective grid to make the whole process affordable, its need to be fed by clean-green power further implies that coal has to be made clean using modern technology.

In other words, EVs are so dependent on coal-operated, electric generating plants due to their numbers that feed the grid, that makes EV effectiveness and success are subject to the grid’s cost effectiveness, which can only be availed by the extensive use of cheap coal.

Of course, there has been a growth toward more natural gas, but coal is still king for simple economic reasons. For the record, fuel price is a major component in the cost of electricity; and one of the primary advantages of using coal in the first place is its low cost. Furthermore, it is competitive even with all the added pollution control technology.

For example, on a national basis, coal is around one-third the cost of natural gas – the second most widely used fuel to make electricity. So, that factor alone makes it the likely candidate for many years as the cheapest resource to power America’s national grid from which EVs will get their recharging. And now we thankfully have the technology to resolve the pollution factor.

Coal is still a great option because it is both affordable, and now it can be made cleaner than ever. And despite all the arguments about global warming, Clean Coal Technology has the ability along with Clean Coal Storage to, not only mitigate standard pollution, but redirect CO2.

Will Wiese wrote on July 11, 2011 - 12:37pm Permalink
Electric vehicles will be sold more in regions with cheapest electricity. The Northwest USA has lots of hydropower and a lot less coal burning powerplants! The Tennesee Valley Authority has lots of nuclear power and hydropower. That is another reason the Nisson Leaf is being built in Tennesee! Coal has a relatively low cost unless you consider the over all cost of burning coal... Acid rain has been reduced, mercury emmisions may have been reduced along with the larger particulate matter. The biggest cost of coal is health costs in my opinion. Natural gas and biomass is being cofired in a lot of coal plants that can be modified for that. I have read that there is more energy in the 'thorium' content of coal than can be produced by burning coal. Maybe someone could write an article on thorium nuclear reactors...Now that would be 'clean coal'!
Frank Sherosky wrote on July 11, 2011 - 1:50pm Permalink
Good catch on the thorium aspect. I'll research it and report in a separate article.
Greg wrote on July 11, 2011 - 1:17pm Permalink
There is no such thing as clean coal, only less dirty coal. We need to be developing and adding renewable energy sources to the grid. That's where the focus should be. Coal is a finite resource. Wind, solar, hydro, and geothermal are virtually infinite.
Frank Sherosky wrote on July 11, 2011 - 1:43pm Permalink
There is also no such thing as wind, solar and hydro meeting ALL the energy needs either.