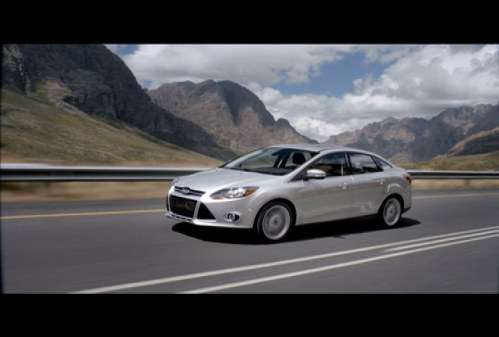 The new Ford Focus comes standard with so much technology, Ford had to rethink its storytelling approach for consumers worldwide, using 50 tailored commercials to communicate 14 key technology benefits.
Advertisement

This is a first-ever, global advertising campaign for Ford, just in time for the launch of the new Ford Focus across North America and Europe in the next several weeks.

According to the media release out of New York, the new Focus is the highest-tech and most globally integrated car Ford has ever produced. Likewise, the way the company is introducing the new product to worldwide consumers is a first of its kind, too.

“One out of every four vehicles sold worldwide is from the C-segment. Ford is creating new ways to cut through the clutter and win consumers’ attention with information they care about most – technology that improves their lives,” said Jim Farley, group vice president of Global Marketing, Sales and Service.

“The Focus truly embodies our Ford brand pillars of Smart, Green, Safe and Quality. The Green and Smart pillars were particularly important to our target customer for Focus, and that became our greatest communications challenge,” Farley added. “We had to find a way to talk about all the new features and technologies, delivering everything from better fuel economy to hands-free connectivity with mobile devices and even a more fun driving experience. And we had to do it in a quick and engaging way.”

Fact is, Ford already partnered with a team of marketing experts throughout WPP’s global operations to develop simultaneously 50 television commercials highlighting 14 key Focus technologies, many of which never have been offered in the segment before or are not available on competitors’ larger, more expensive models.

These are quick-hitting spots – generally 15 seconds for North American audiences and 20 seconds for European ones. Each is tailored for worldwide markets where Focus will be sold. The collection marks Ford’s first-ever global product advertising campaign.

“This seems especially fitting, given the new Focus is Ford’s first global product created from day one under our One Ford plan, which drives us to better leverage our global assets and deliver profitable growth,” Farley said.

Led by Creative Director Greg Burke of Blue Hive – a collection of WPP agencies in Europe brought together to support Ford – the team simplified production complexities and streamlined both time and budgets, delivering the most globally integrated campaign in Ford history.

The ads debut Tuesday, March 1 in the U.S. during FOX’s “American Idol.” The campaign then rolls out across select countries in Europe in several weeks and in the second half of the year in Australia, New Zealand and South Africa.

The new advertising campaign builds on a collection of Focus launch initiatives already under way, including the industry’s first Global Test Drive, which allowed 100 consumers from 13 different countries to drive the new Focus in Madrid before the new car arrives in dealerships. Many of the participants at last weekend’s test drive also won the opportunity to donate $10,000 (U.S.) to their favorite charities.