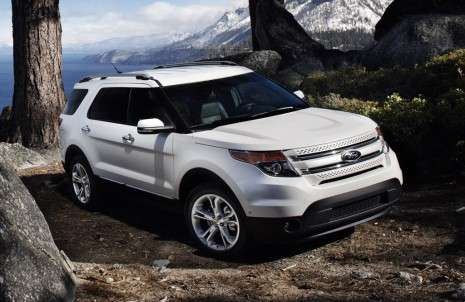 A unique ad featuring hip hop recording artist Nelly and the Explorer’s new Audio System from Sony is one of three commercials to run during the GRAMMY’s.
Advertisement

All the ads lean heavily on music to tell the Explorer story. They are part of an integrated campaign designed to help people reconnect with Explorer and the shared adventures an SUV can deliver.

According to the Ford media release , Nelly is one of a number of celebrities who have already appeared in videos on Explorer’s Facebook page.

Ever since the new Explorer was revealed on Facebook last summer, Ford has been using Facebook as a forum to engage fans and prospective Explorer customers in one-on-one conversations using text, videos and images.

“We are always looking for relevant opportunities to get our messaging out there, and this really came together in an interesting and timely way for the GRAMMY’s,” said Eric Peterson, Explorer communications manager. “The GRAMMY’s are about music and personalities, and these ads fit in that setting.”

“The GRAMMY’s provide an opportunity to reach a broad audience with our message, and we want to make sure everyone knows about the new, totally reinvented Explorer,” said Matt VanDyke, Ford’s director of U.S. Marketing.

Since the launch of the reinvented 2011 Ford Explorer, Ford has been interacting with consumers on Facebook – more than 138,000 fans to date – posting videos featuring engineers and a variety of celebrities answering questions people have about the popular SUV.