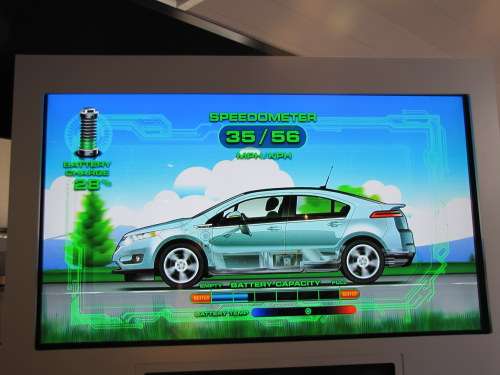 Instead, the EPA and California Air Resources Board will now issue proposals for the future standards jointly by Sept. 1, 2011.

The announcement of a single timeframe for proposing fuel economy and greenhouse gas standards for model year 2017-2025 cars and light-duty trucks is what stood out. It signals continued collaboration that could lead to an extension of the current National Clean Car Program.

Surprisingly, this news was not readily available, except for a few major media organizations like the Wall Street Journal (WSJ). The California Air Resources Board seemed the best official resource of the day, though.

For the record, the Air Resources Board is a department of the California Environmental Protection Agency. ARB's mission is to promote and protect public health, welfare, and ecological resources through effective reduction of air pollutants while recognizing and considering effects on the economy. The ARB oversees all air pollution control efforts in California to attain and maintain health based air quality standards.

“President Obama's invitation last year to join with the federal agencies to develop new emission and fuel economy standards has resulted in a model of government cooperation to address the important issues of global climate change and urban pollution,” said Mary Nichols, Chairman of the California Air Resources Board.

Car manufacturers had long identified California's plans for a state-specific standard as a source of major concern. Patchworks of state and federal standards have caused problems before. So, the Alliance of Automobile Manufacturers wrote a letter to this effect to California Rep. Darrell Issa, the new Republican chair of the House of Representatives' government-reform committee.

Still, environmental groups praised Monday's announcement, saying it reflects the growing role of California officials in the creation of national standards. For the record, California has been known to set environmental standards before the federal government and first adopted greenhouse-gas rules for vehicles in 2004.

Auto manufacturers have, nonetheless, been responding positively to government goals through the increased domestic production and use of existing, advanced, and emerging technologies to strengthen the auto industry and enhance job creation in the United States.