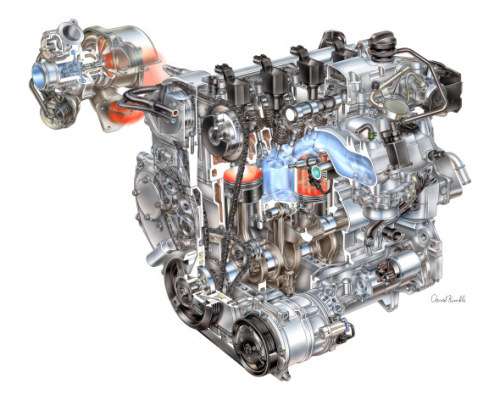 Once upon a time we had to change our spark plugs, replace the contact points, condenser and cap. We even had to add grease to all of our wheel bearings, ball joints, steering joints and anything in the chassis that swiveled. Now we have sealed bearings, joints and swivels in a number of products. With new oil formulations, are engines next?
Advertisement

Despite your car’s internal information which displays you how much life is left in your oil, many service stations still tout 3,000 miles between oil changes. Why? Fact is, formulations have improved, and the new class of oil designed for high-powered turbocharged engines, might one day make oil changes a thing of the past.

The greatest risk car owners may have today might be mixing oils. And that may no longer be allowed, because it could void your warranty.

The rationale for this position is based on changes by the automakers. GM, for example, will be filling the engines of all its 2011 models with a new oil formulation known in the industry as GF-5 or SN grade, the American Petroleum Institute‘s designation. This means standards are changing, but GM in typical fashion calls it Dexos1, because they have to meet European testing standards as well.

For the record, Automotive News (See Ref Article ) already reported the Dexos1 and GF-5 oils hit the market on Oct. 1. While it appeared unclear at first, the older GF-4 standard from the International Lubricant Standardization and Approval Committee, which includes members from GM, Ford, Chrysler and the Japan Automobile Manufacturers Association, was replaced.

Technical Realities
Fact is, high power, high-revving small engines are most susceptible to wear. Then add forced induction systems like superchargers and turbos into the mix, and you have a condition where meeting 100,000 mile warranties becomes an even greater challenge.

The major gain from the new oil formulation is less friction. Anytime you can decrease friction in an engine, the gas mileage goes up. One benefit literally leads to another in this case. Furthermore, any decrease in friction automatically provides longer life to all the internal parts, especially bearings.

How far will these benefits go? The trend already lends itself to the idea that engines will one day be sealed. Li-ion battery packs are already sealed from public tinkering. That way, manufacturers can lock people into only using their services, thereby threatening to deny warranty coverage if they do not.