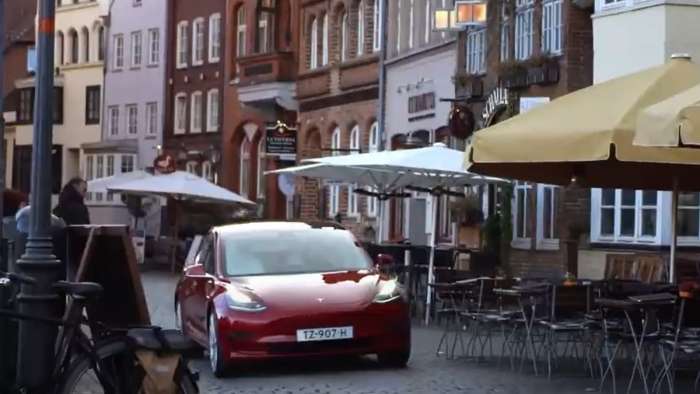 Tesla Sales In Europe: Why Q2 Was Weak and Why I Expect a Rebound In Q3 and Q4

This article explains why Tesla's second quarter sales were so weak and why I expect them to rebound strongly in the 3rd and 4th quarters. I also talk about Tesla's plans for next year.
Advertisement

If you listen to or watch the recent episode of Tesla Daily Podcast where Rob Maurer debated Gordon Johnson on Tesla prospects, you will hear 2 things over and over from Gordon. First, that Tesla Sales in the US peaked in 2018, which I won’t be talking about today The second point that Gordon repeats is that Tesla is losing market share in Europe.

30 years ago, before I moved to Florida, I spend a year teaching Economics at the local community college in Rochester Minnesota. I learned a lot while teaching Economics, mostly that it is too much work for the pay. Having established my credentials for giving an economics lesson, one of the basic concepts in free-market economics is for a transaction to happen, you need a buyer who is willing and able to buy a product or service and you need a seller who is willing and able to sell a product.

Tesla has 2 vehicle factories right now. The Gigafactory in Shanghai builds cars for China. The factory in Fremont California builds cars for the rest of the world. When the COVID pandemic hit the US, the Fremont factory was shut down for the first half of the second quarter.

Here is a chart that shows how Tesla registrations fluctuate in Europe in the first vs second vs third month of the quarter. We will see the same pattern in Q3 & Q4 2020. pic.twitter.com/GA2GZnxv7J

Tesla usually builds cars for export to the rest of the world in the first month and a half of each quarter, so they can be shipped and sold before the end of the quarter. If they didn’t do that, they would have much higher inventory at the end of each quarter. This is known as the “Wave”. Elon Musk has talked about how the wave causes strain on the delivery centers since they have little to do most of the quarter and then they have lots of cars to deliver in the last weeks of the quarter. As Tesla builds factories on each continent, it won’t have long shipping delays. It should then be able to eliminate the wave. In addition, as the company is stronger financially, it may care less about making each quarter look financially great for Wall Street and optimize the resources at its delivery centers to deliver as many cars as possible while having the time to spend with customers to explain the cars unique features.

In the second quarter of 2020, Tesla’s sales in Europe tanked. Was it because the competition arrived and buyers preferred the competition’s cars to the ones Tesla was offering? Yes, but not the way that it sounds. Tesla’s competition offered electric vehicles and Tesla had few to offer, so the people who needed a car preferred the car that is available to the car that isn’t. Not all buyers were willing to wait several more months for a Tesla.

So to summarize, there were buyers that wanted Tesla vehicles and they had the money to buy them and Tesla wanted to sell them the vehicles, but Tesla didn’t the quantity of vehicles to sell because of the production shutdown.

Outlook For Third and Fourth Quarter

Morton Grove does a great job tracking the ships that load up Tesla cars to be sold around the world. That helps us know the supply of cars for European customers. Another thing to watch in the registration data that the countries make available on the web. The third factor is seasonal demand, which can be inferred by looking at previous years. Someone that looks at all 3 factors in Troy Treslike.

Hi everybody. My Tesla delivery estimate is now,

The next update will be around 10-15 Sep. pic.twitter.com/CFBbwWqdMI

With Tesla on target to begin production in Germany in mid-2022, if not earlier, Tesla needs to prepare the service and delivery centers in the whole European region for a large increase in volume. Tesla plans on increasing sales from about 100,000 cars a year to about 500,000 cars a year, once Giga Berlin is at full capacity. What better way for them to train their staff, but to expand sales of the Model 3, since the US production of that model is less strained. Why is that you might ask? Because China makes their own Model 3s and many North American customers are now choosing the Model Y instead. That leaves more Model 3s available for European customers that still want to buy more cars than Tesla can deliver.