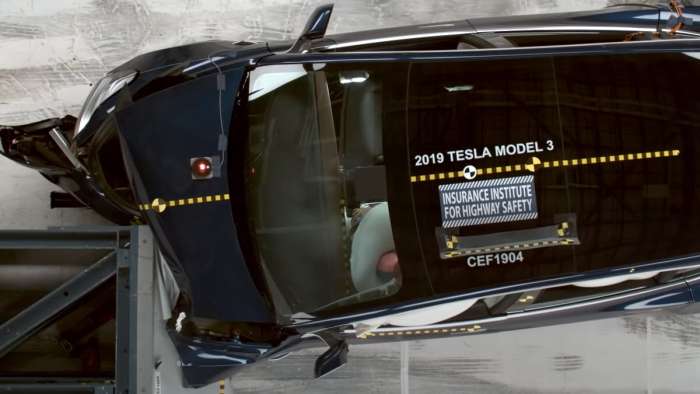 In this article, I'll show and explain why electric cars and Tesla cars in particular have such high safety ratings.
Advertisement

We talk a lot about Tesla's technology, but we haven't really focused on their safety. In my experience, vehicle safety is a major reason to buy a car at certain points in life. When a family has kids, the family, even if they were big risk takers a few years earlier, tends to get very concerned with safety. The family starts to realize they have given up so much of their time and wealth to have kids, they want to do everything in their power to protect them from harm. Sometimes this goes too far and overprotective parents hurt their children by not letting them take reasonable risks and learn from them. But I digress. Another event that changes a family's perspective is when their teenage child first starts driving. Parents buy them a safe car so that if they make a mistake and crash, their chance of injury is reduced. 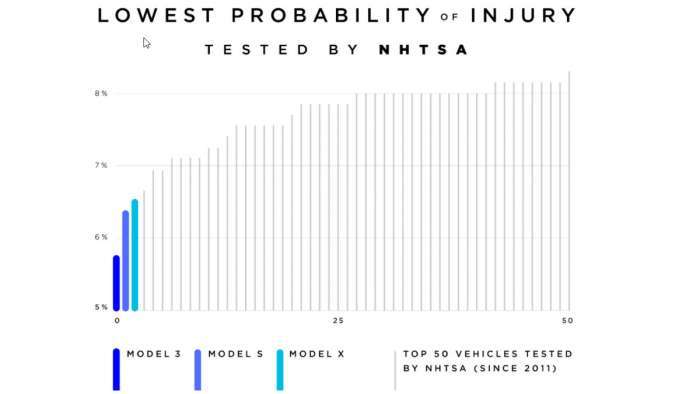 One of Tesla's first crash tests was with the National Highway Traffic Safety Administration (NHTSA) about 2 years ago. Not only did they receive a 5 star rating, when you dug into the details of the report, but the car also had the lowest probability of injury of any car the agency had EVER tested. NHTSA has been testing cars using its current test since 2011. How did Tesla achieve such a market-leading feat? My opinion is they look at safety in a different way. Other companies design their cars for a given market and design them to "pass" the required safety tests. Have you ever heard the old joke about engineers? “Any idiot can build a bridge that stands, but it takes an engineer to build a bridge that barely stands." It seems most manufacturers use their engineering talent to make their cars "safe enough". Tesla of course has to be concerned about cost and weight, but the company strives to make its cars safer than any other vehicle, not just safe enough to pass the tests.

Tesla put it this way in the blog post that announced the results of their historic NHTSA test result.

Model 3 benefits from its all-electric architecture and powertrain design, which consists of a strong, rigid passenger compartment, fortified battery pack, and overall low center of gravity. These safety fundamentals help to prevent intrusion into the cabin and battery modules, reduce rollover risk, and distribute crash forces systematically away from the cabin – all while providing the foundation for our superior front crumple zone that is optimized to absorb energy and crush more efficiently.

When you watch the video above, it becomes obvious why electric cars without a front engine are safer than gas and diesel cars with a large engine. They simply have more space to absorb the impact. This has a dramatic effect in higher speed head on crashes. When I was growing up, it was common for people to get severe injuries or even die in crashes that were only 25 or 30 mph. Look at the picture below of a 1996 Chevy Astro Minivan. Now it is common to survive crashes at 40 MPH and even faster. 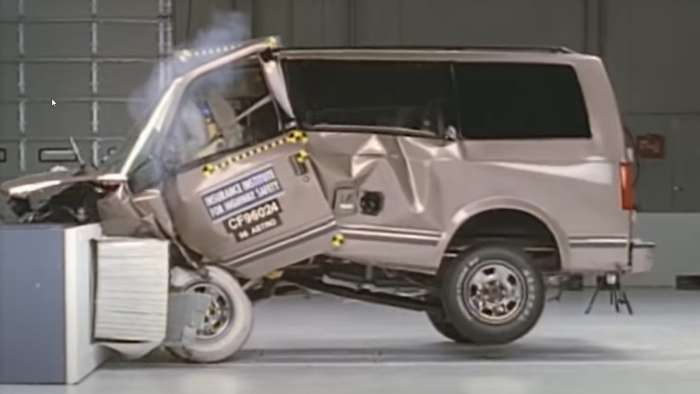 Compare that to the image below of the Tesla Model 3 crashed at the same speed. 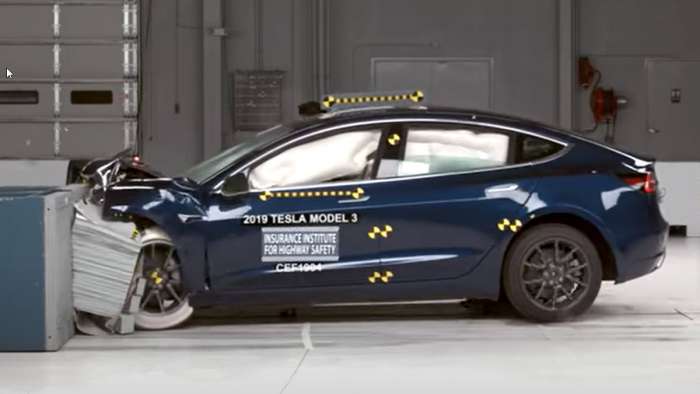 The difference is startling. In the first image, not only has the engine been pushed back into the passenger compartment no doubt causing severe injuries to the driver and front passenger, but you can see the center of the car has been compressed, likely causing injuries to other passengers in the vehicle.

Conclusion
Tesla does a lot of things to make their cars safe. I haven't even touched on their active safety measures whose goal is to avoid a crash and minimize injuries to passengers and pedestrians. Tesla has shown a consistent interest in raising the bar in auto safety. This hasn't been highlighted as a major selling feature so far as the cars have been bought by a combination of environmentally concerned customers and performance oriented enthusiasts. As Tesla looks to move into the mainstream family car market over the next few years and sell millions of cars a year, they will need to highlight some of their safety advantages to grow their market share.


Paul Fosse is a Software Engineer delivering financial data marts using massively parallel databases (Exadata and GreenPlum) for a major healthcare insurer and a lifelong lover of cars. From the time I saw the 1972 Volkswagen Dasher review in Consumer Reports, I knew the industry would convert to front-wheel drive. Now I am excited to have a front-row seat to the industry's biggest transition in generations, the transition from gas and diesel cars to electric vehicles. I ordered my first EV (Nissan Leaf) in 2010 and now own a 2018 Tesla Long Range Model 3 and have a Cybertruck and a Model Y on order. Contact me on Twitter at Paul Fosse with tips for new stories. Full disclosure, I'm a Tesla Shareholder.