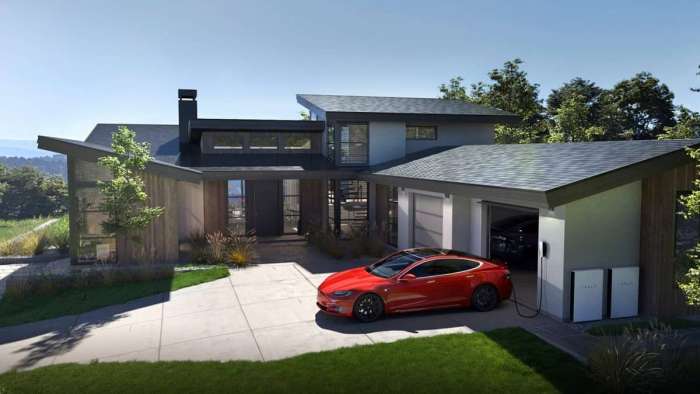 It seems that Tesla CEO Elon Musk is revolutionizing every area he is touching. He gets a simple idea and then makes a revolutionary change when, with great difficulty, he brings that idea to fruition. Many of his projects work seamlessly and enhance his other projects. Tesla Energy is one of these.
Advertisement

Not only does Tesla supply power to people in their homes, but it also supplies “free” energy to Tesla cars. A revolutionary idea- fill up your car with power at home instead of going to a service station. Within a few years, it will be patently obvious that Tesla energy is accelerating the transition to sustainable energy through solar power and mega power packs. Not only will families get constant power, but whole suburbs and cities.

Tesla Energy bought Solarcity in November 2016. If Tesla Energy could build solar roofs, power packs would save that energy. That energy could be used during the day or even at night and during power outages. Power packs could be built up to megapacks and be used to save energy for power grids.

In 2016 Solar city built a 7 acre solar plant at American Samoa on Tau island. Before that, the island was powered by 110,000 gallons of diesel a year. This diesel that had to be bought to it by ship. Sometimes there were breakdowns of the generator. Sometimes ships could not bring diesel in time and the lights would go out. Now the sun powers the island. Energy is stored in power packs so the village has light at night. Energy is constant. The islanders are independent.

That was just the beginning. Steadily Tesla Energy has grown, being only limited by the shortage of batteries. When the Tesla Model 3 was being produced it took most of the supply of batteries and Tesla Energy had to limit production. In fact, let's see what Tesla will announce about its battery technology in the upcoming Battery Day, especially with this hint. 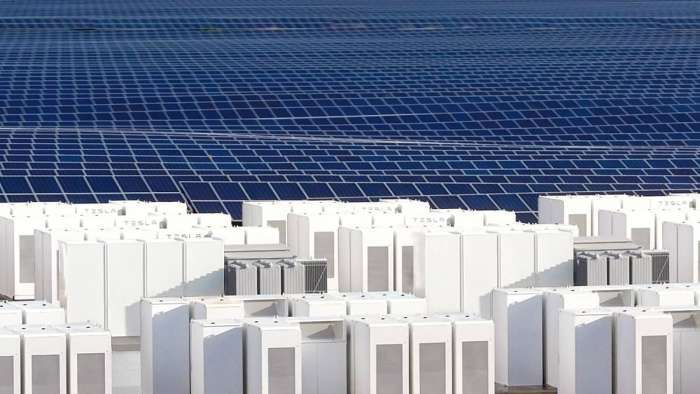 Puerto Rico
In September 2017 a hurricane hit Puerto Rico and put the power out to the island. Tesla was there within a week and it began installing its solar panels and power packs throughout the nation in hospitals and other areas that desperately needed power.

Hornsdale, Australia
In 2017 there was a turning point. Suddenly Tesla Energy was known all over the world. The event that caused this was a bet between Elon musk and an Australian billionaire Mike cannon Brooks. On twitter, Mike could not believe that Elon could install a 100 MW battery within 100 days to serve a wind and solar farm in Hornsdale, Australia. Challenged by this Elon promised that he could do it within 100 days from the signing of the contract or the installation would be free. The bet was on. After 63 days the installation was complete. It has 129 megawatts of power which is able to feed 100 megawatts of power into the grid. Costs were reduced by 76 million in 2019.

Australian Arena Project 2018
In March 2018 Australian renewable energy Agency [ARENA] announced a new Tesla Energy contract. Tesla would install solar panels and power pack batteries to store the energy. People would be supplied with energy and excess energy would go into the grid as a virtual power plant. The project was in 3 parts:

By now Tesla Energy was rapidly expanding. In June 2018 Pacific Gas and Electric Company engaged Tesla to deploy a battery storage system in Moss Landing, near Monterey The system was stated to be capable of producing 182.5 MW for four hours, for a total of 730 MWh of capacity. The project also aims to save costs by reducing PG&E's reliance on peaker power plants. As of July 2020, first phase of the project is set for completion in 2021.

As the world turns to renewable energy one of the obvious choices is Tesla Energy. To this point, the shortage of batteries has been a limiting factor, but now that Panasonic in Nevada is producing greater quantities of batteries; and CATL and LG Chem are promising to supply Tesla with batteries. Now Tesla Energy is free to rapidly expand to fill the demand. Other projects on the cards is the Ventura county 100Mw project; The Moss landing in Monterey county run by Pacific Gas and Electric project [PG &E], a 182.5 Mw project; and a Qatar peak energy project.

Elon Musk has stated that Tesla Energy could be as valuable a company as the multi-billion Tesla Motors. As the world turns to cheaper, quicker, cleaner, renewable, eco-friendly solar, wind and battery projects, Tesla will have its workforce busy with many projects that it is now able to fulfill and Elon Musk will be on the way to fulfilling his dream to accelerate the advent of clean renewable energy.

Also see: BASF may become possible Tesla energy and battery partner for Giga Berlin and what Tesla lacks to become more competitive in the future.