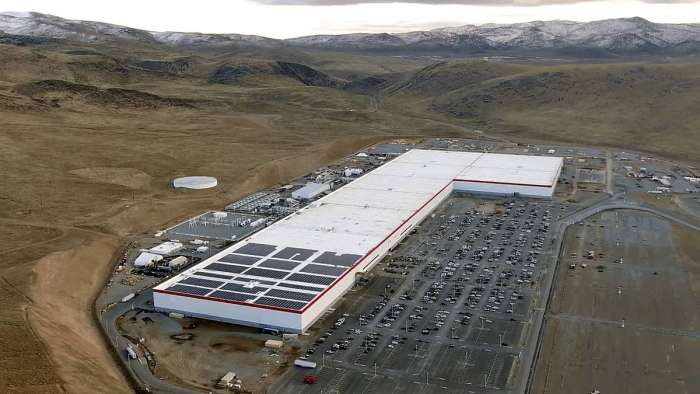 New features at Tesla's Gigafactories, such as Giga Berlin, will improve their sustainability.
Advertisement

Tesla is currently in the middle of a large expansion phase that will take the company to no longer being a localised, single country car manufacturer, but a multi-national business that provides for each and every market throughout the world. Until now Tesla has only been a force to be reckoned with inside the US since that is where most of their factories were, comprising Giga Nevada and New York. Only last year did we see the build of Gigafactory Shanghai and it has already started producing in large quantities, providing EVs in large quantities to the Asian market. During the next year or so, it will be the turn of Gigafactory 4 in Berlin to provide for the European market and Terafactory 1 in Austin, Texas to provide worldwide. Earlier this year, Tesla published its second annual impact report, a document comprising the ways in which Tesla strives to achieve sustainable production of energy and vehicles. Since it is a yearly report, it is interesting to see that Tesla is not resting and simply staying satisfied with its current level of sustainability. Instead, it shows great improvements year over year.

Constant improvement
To state an example of improvement, we can compare water usage: in 2018 Tesla used 5,2 cubic meters of water to make a vehicle, but in 2019 they reduced that quantity by 45%, only using 2.9 cubic meters per car. Tesla is not only working to increase water-use efficiencies, but also to improve wastewater and stormwater management. These projects include reverse osmosis and distilled water system installations to improve water quality and to allow existing water sources to be recycled and reused in other processing areas a said Tesla in the impact report.

This year, we have already had some insights into things Tesla is doing to offset its factory building emissions. This started as the Berlin Gigafactory was awaiting building approval: many concerns were raised by environmentalists about the large square area that had to be deforested in order to make space for the buildings. In response to theses concerns, Tesla pledged to plant three times as many trees than where lost. These trees would also be chosen and planted in a way that would favour the local ecosystem. 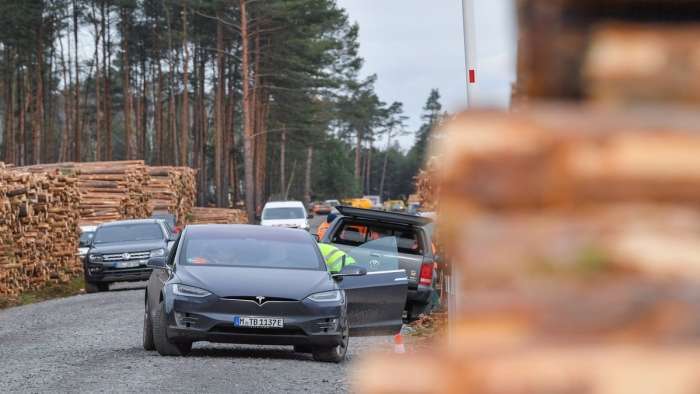 Giga Berlin improvements
Another example of this was when it elected to drastically reduce the number of concrete piles reaching groundwater; using only about 550 instead of the predicted 1100.

Tesla is constantly redesigning the build to make way for sustainability: rather than installing a gas heating system throughout the Berlin complex, heat pumps will be used. These are predicted to reduce the factory's footprint even further since these heat pumps release much less carbon than the gas alternative.

In January of this year, Elon Musk confirmed on Twitter that Giga Berlin will build sustainable energy vehicles using sustainable energy, so the net environmental impact would be extremely positive. Where could this green energy come from?
Well, last year, Tesla started adding solar panels to the roofing of its existing Nevada production plant, with the goal of covering the entire rooftop with these panels. This is something that we could see applied to the Berlin and Shanghai Factories.

Where Tesla stands now
Tesla is in the process of finishing the roof of the Berlin drive unit and insulating it. For the moment no panels have been spotted nearby, but this could change in the coming years or even months, with the price of solar diminishing every year as panels become more efficient.

In conclusion, Tesla is constantly applying new methods to improve how it manufactures vehicles and builds its manufacturing plants to make them more sustainable and offset as much of the carbon footprint they leave through new initiatives. Currently, Tesla offsets a lot of its production emissions, but it won't stop improving until it's at least carbon neutral. We await the 2020 impact report with much enthusiasm.

Thank you for reading through, what do you think could Tesla apply to improve sustainability? Please share your thoughts in the comments. Here is a link to my last story.