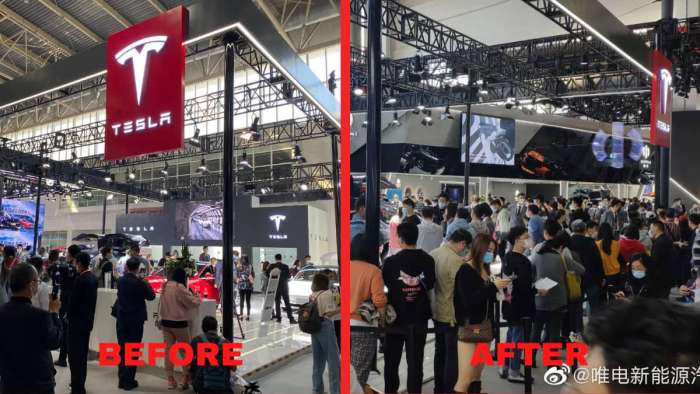 Tesla has seen a large rise in sales after introducing some price cuts for Model 3 in China. The Beijing auto show reveals that demand is extraordinarily high.
Advertisement

Last week we reported on a significant rise in demand after Model 3 prices were cut by about ten percent depending on the Model.

When the price reduction came into effect orders spiked as many Tesla centers were forced to work extra-long shifts in order to process everybody's orders.

A real life example of spotting demand
You would expect this spike to only last a couple of days, but demand is still higher than ever. The Tesla stand at the Beijing International Auto Show has been procuring an enormous amount of interest to visitors and potential buyers.

Those who made the choice to buy a vehicle had to line up behind a long queue to place their order. Two pictures reveal the extent of this truth.

Before Price Cuts
The first shows demand before the price cuts happened, you can see a fair amount of people interested in the vehicles. 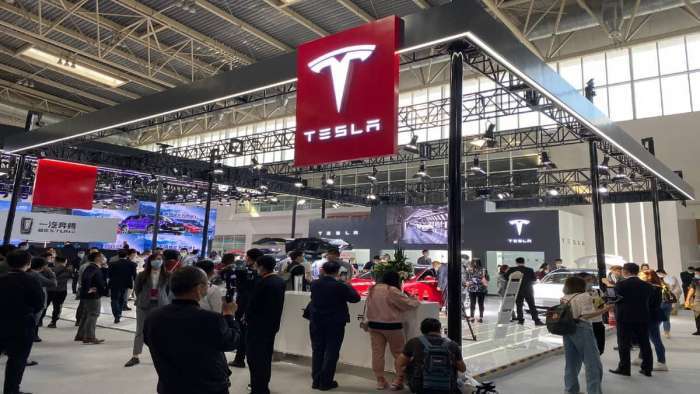 After Price Cuts
Now the second image. There is not much need to explain it, the picture speaks for itself. 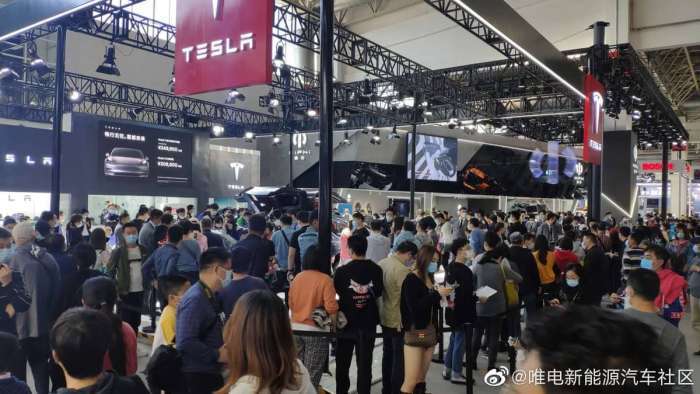 Tesla’s Shanghai factory has the capacity to produce up to 200,000 vehicles a year, the company’s vice president of foreign affairs in China, Grace Tao, said in a press interview with Xinhua News Agency in May.

Some Numbers
In August alone, China registered over 20,000 orders, if we imagine that demand after the price reduction of last week tripled and stays at the current rate for a month this would mean that Tesla will sell 60,000 vehicles in China this month, representing 30% of possible annual production. That is to say, sales for Q4 will be astronomically high.

This brings up the question of Tesla's ability to keep up with production. Producing and delivering so many vehicles will definitely be an important logistical challenge and if Tesla is unable to keep up with the pace of orders customers will start becoming dissatisfied with long delivery times.

Nevertheless, this promises to provide Tesla with great year-closing quarterly financials, regardless of the current situation.

The tides are turning and Tesla is at the forefront of this change, transitioning the world to sustainable transport has never seemed so plausible.
What do you think will happen for Tesla in the coming year? Will the company start focusing more on the energy aspect? Please share your thoughts and ideas in the comments.
If you can't get enough of Tesla news, here is my latest article.

Thank you to @Ray4Tesla for sharing this news.

DM wrote on October 5, 2020 - 11:40pm Permalink
Lol back then Chinese flocking the iPhone, now they are buying those Tesla. Chinese love American designed Chinese made products. This is good.