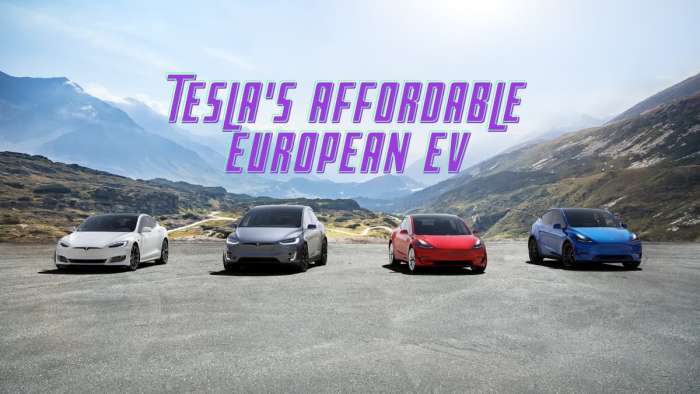 New plans for Gigafactory Berlin reveal how Tesla's affordable EVs could be built in Europe, and what they are up against. The new giant Giga Presses at Giga Berlin may point to Tesla Model 2: a low-cost, affordable Tesla vehicles for masses.
Advertisement

Last year, Elon Musk teased that a small Tesla EV will be designed in China. This upcoming vehicle will be appealing through its design and urban capabilities, making it especially practical for the Chinese market. Tesla, like any other smart company, likes to adapt their cars to the market they are trying to capture, meaning this Tesla will be specifically designed for China, in China and to be made in China.

The plans for a European affordable Tesla could be just around the corner, Musk has already announced that the German-made Model Y would be different to the US-made variant and undergo a redesign to make it more appealing to the European market.

Giga Presses
The German Gigafactory is making great construction progress, with more structures going up every day and equipment being delivered. In some new plans for the factory's casting and body in white units, eight massive structures appear. These are the largest casting machines in the world and they will enable Tesla to make Model Y bodies out of a single piece of aluminium.

What is surprising is the number of these machines. Eight is quite an important number to make just one or two car Models. This is where Tesla is probably leaving itself some space for the manufacturing of an affordable Tesla Vehicle. These large presses achieve production cost reduction since they use less material than the process Tesla currently uses, it also simplifies the design of the vehicle greatly, to quote Elon Musk "The best part is no part". 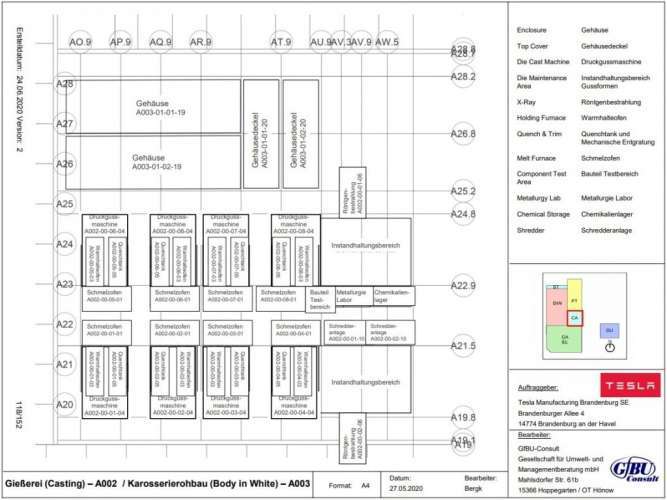 An affordable car in Europe could be a gamechanger for Tesla, EV incentives in Europe are rather high meaning the car would be purchasable by most people looking to go Electric. Tesla needs to move fast since European carmakers are rapidly switching from ICE vehicles to EVs, a few days ago we got to hear some updates about Volkswagen's ID.3 and ID.4 fully electric vehicles. Renault has the Zoe, a small and affordable EV that is becoming increasingly popular.

Because I live in France, it is interesting to see the increase in EVs on the roads. Currently, the Zoe is the most common EV to see, followed by the Tesla Model 3. A lot of vehicles are plug-in hybrids, but these are not expected to see a large rise in sales, since European countries are predominantly looking to incentivize sustainable transport.

So if Tesla manages to offer a car that is competitive with the Zoe in terms of pricing they will already have a sizeable chance of capturing most of the market. What the Zoe lacks is space. It is a small vehicle that is not fit for family use.

Although Elon Musk said that no new big announcements would occur this year other than on Battery Day, we could see this new vehicle be revealed next year or in 2022.

What do you think Tesla has in mind for these eight Giga Presses? Will they be used exclusively for Model Y and 3 or will they, as we predict, be used for an upcoming vehicle? Please share your thoughts with us in the comments, here is a link to my latest story. Also, check out our new Tesla reporter Tinsae Aregay's coverage, explaining why Tesla was left out of the S&P 500 Index, while 3 others companies were added.