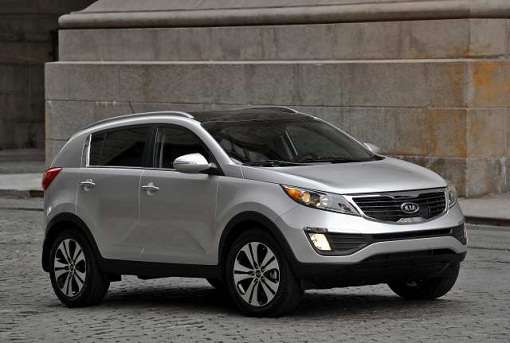 Dealer experience suggest that Kia, once considered a seller of second-rate, used-car alternatives, today is becoming so well liked by American drivers that it is approaching cult status for some. A dealer now sees customers who are actively engaged by Kia vehicles and acutely interested in the company's plans and activities.
Advertisement

If you define a cult as a group of people who share a strong enthusiasm for some entity, then a cult of drivers appears to be forming with Kia Motors America as its object.

That's the message from conversations I've had with Charles Daher Jr., manager at the family operated Commonwealth Motors in Lawrence, MA, an easy drive north of Boston. The well-established dealership is a fixture in the Boston-area media for its ads, and a destination for shoppers in the region who will travel for a deal. In addition to Kia, Commonwealth sells Chevrolet, Honda and Volkswagen vehicles. The dealer has held other franchises as well, such as Subaru. So Commonwealth knows its way around automotive retailing.

Still, the dealership didn't anticipate the burst of interest that arrived when Kia introduced the re-engineered, 2011 Sportage crossover-utility vehicle last summer, in July 2010. The four-door, five passenger Sportage comes in front- and all-wheel-drive variations. List prices start at $18,990 for front drive and $22,490 for four-wheel traction. At the top trim level, Sportage lists for $25,490.

“This is probably the first vehicle we've sold that had people come in because they were reading about it on the Internet for months before it came out,” Daher told me. “We had people come in who knew more about the vehicle than our salesmen.”

In the past he had seen avid, self-educated shoppers for some models from VW. But Volkswagen is known to enjoy a core of followers who maintain a loyalty and keen interest in its vehicles – kind of like a cult. They track the brand not just because they feel an appreciation for its cars, but also because they're stirred by an affinity and even an excitement about them.

From his experience with the new Sportage, Daher sees a similar excitement growing around Kia.

With the Sportage, “we're seeing people we never saw before, trading vehicles we haven't traditionally seen: VWs, Hondas, Toyotas, Scions. We've even had some F-150 pickup trucks. It's definitely bringing new people in,” Daher said. “The excitement about the brand is growing.”

“People are asking us about the new Optima and we don't have it yet,” the manager said. Commonwealth keeps a call sheet of customers to notify as soon as trucks drop the first of the new Optimas at the Massachusetts dealer in mid December.

The four-door, five-passenger Optima starts at a list price of $19,990 for a model equipped with a 200-horsepower, 2.4-liter four-cylinder and six-speed manual transmission. A top-line version, with a 274-horsepower, 2.0-liter turbocharged engine and six-speed automatic, lists at $26,690, before options.

Korea-based Kia created Kia Motors America in 1992. The company started selling vehicles in the U.S. in '93. Early Kia models were viewed as low-cost cars only, and many shoppers considered them alternatives to used-cars – pay a comparable, used-car price, but get a warranty, the thinking went.

Daher has watched Kia grow by creating appealing vehicles that emphasize value, defined as high content at a reasonable price. Kia models have increased in resale value, a measure of long-term reliability and quality. Now, a lot of the public's growing esteem and interest in Kia comes from the company's rapid pace of new-model introductions, and its savvy approach to Web marketing, according to Daher.

“Kia does a good job of getting the buzz out on-line,” he explained. “They're improving styling very quickly and they're coming out with new stuff really fast. That keeps the buzz going.”

It might be too early to declare that a cult of Kia is operating inside the American auto scene. But with uniquely appealing models like Kia Soul – a youthful and saucy wagon that's shaped like a streamlined box – it's easy to imagine that the company can rope in some fanatical followers. And with people anticipating the arrival of new Kia models like the Sportage and Optima, it's plain that consumers now consider Kia a brand worth following.