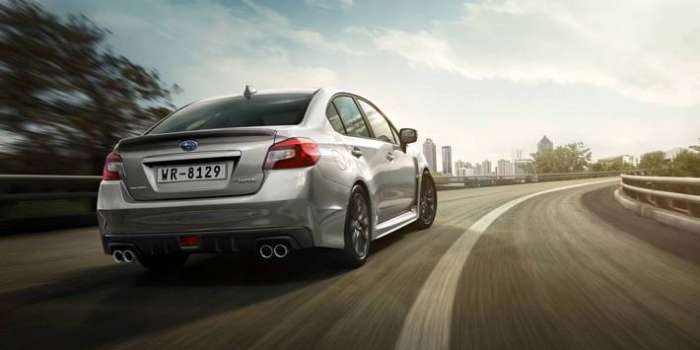 Will Subaru bring back the WRX STI hatchback in 2016?

Subaru is dropping the 5-door hatchback from the 2015 WRX and 2015 WRX STI models. Will it alienate loyal Subaru WRX STI performance enthusiasts? Will Subaru bring the 5-door back in 2016?
Advertisement

Subaru has always been about offering multipurpose vehicles to their loyal fan base, but by dropping the 5-door hatch from the 2015 WRX STI lineup, it could be a big mistake. In the past, Subaru has done an excellent job of listening to their current customers and improving their vehicles with what they hear from them. But dropping the hatchback from the WRX/STI lineup is alienating performance fans.

Why is it such a big deal for Subaru to offer a 5-door hatch in addition to the sedan? For Subaru buyers, it’s all about the versatility and utility that the hatchback offers. Performance fans use their cars for everything and they love the extra functionality that the hatch offers. In addition to offering performance, it offers buyers to use the WRX STI for multi-purposes. It can be used for recreational activities like transporting mountain bikes, snowboards, and surfboards for use on the weekends.

Many Subaru owners have dogs, and the 5-door hatch is ideal for transporting their four-legged friends to the vet and taking them along for their active lifestyles on the weekends. Subaru knows this and has partnered with the Center for Pet Safety to Test Pet Car Safety Restraints to keep those animals safe while riding in a Subaru. The active lifestyle of Subaru owners has always lent itself to taking the family dog along on camping and hiking trips. Subaru recognizes that their owners love dogs and they take them along on family trips. So why would they do away with WRX/STI hatch?

Subaru has said they sell many more of the sedans over the hatchback models. This will help Subaru save on production costs. Up until now, the Subaru WRX and WRX STI have been produced at the main Subaru plant in Japan. But starting in 2016, Subaru will begin building the Impreza and WRX/STI here in the U.S. in Indiana after they end building the Toyota Camry.

There is an outcry from current Subaru owners for the Japanese automaker to bring back the 5-door hatch to the WRX/STI lineup. Right now, Subaru is struggling to keep up with the demand for the popular 2014 Forester and new VX Crosstrek. The decision to drop the hatchback is likely to add space on the production line for those new vehicles by eliminating the slower-selling Impreza 5-door. But that could change at the end of 2016.

Will Subaru bring back the hatchback when they add production capability and begin producing the WRX/STI here in the U.S. in 2016? With the Toyota pull-out of the Camry production in 2016 at the Indiana plant, it will leave Subaru lots of room to expand. Will we see a 2016 Subaru WRX STI hatch? Maybe we’ll see a WRX STI hatchback again if the backlash from Subaru 5-door fans is loud enough. Tell us what you think.