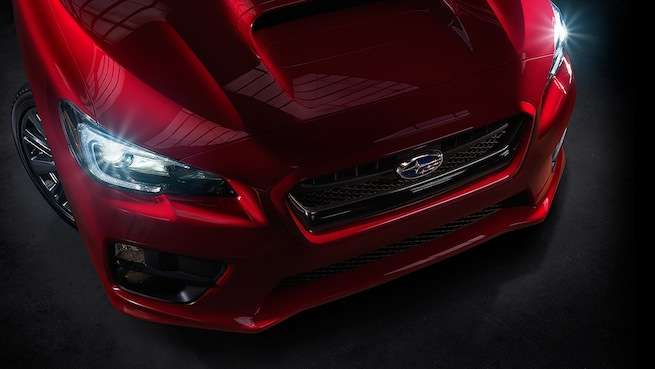 Subaru will start building the 2017 Impreza here in the U.S. after Camry production ends.
Advertisement

It came as a surprise to Subaru, but they are happy the Impreza can now be built in the U.S. The new-generation Subaru Impreza production is coming to U.S. shores for the first time. It’s been announced by Toyota they will end their contract with Subaru to produce the Camry at the Indiana plant here in the U.S. when the contract expires in 2016.

This will open up the door for a much-needed expansion of the Indiana plant where they currently produce the Subaru Legacy sedan, Outback wagon and the Tribeca SUV. Easterday went on to say, “The plan calls for the Lafayette plant to begin producing the Impreza small car by the end of 2016.”

Subaru has been building the mid-size Camry for Toyota at the plant since 2007 where they have learned valuable production methods from their Japanese rival. But Subaru needs the extra plant production capability to keep up with growing sales here in the U.S. Before this decision, Subaru already had plans for a $400 million expansion to keep up with growing demand for the Subaru cars.

The 3,600-worker factory near Lafayette shouldn’t see any layoffs because of Toyota’s decision, because the jobs created by the Impreza expansion will "more than offset" any loss. The new Impreza production will not include the performance WRX and WRX STI models. The WRX/STI will continue to be built in Japan.

The high-performance 2015 Subaru WRX STI will make its global debut at NAIAS in Detroit in January, 2014 and will launch next year. Subaru is looking to appeal to a larger audience with the WRX/STI, and producing it in only in Japan will give the brand more opportunity to expand production around the world.

Subaru will also likely be building a new seven-seat SUV at the Indiana plant that will replace the outgoing Tribeca. We can welcome the Subaru Impreza to North American shores where it is expected to create 900 new jobs by 2016 and several hundred jobs in the future, possibly by 2018 the report said.

Ron wrote on November 20, 2013 - 4:50pm Permalink
Umm, it's just WRX/WRX Sti. The "Impreza" is dropped.
NMH wrote on November 13, 2014 - 10:15pm Permalink
Actually no.if you look at a window sticker it still says Impreza :-p even though marketing wise they have dropped the Impreza name
Ken wrote on April 18, 2014 - 12:22am Permalink
FYI.. Toyota is not subaru's rival.. Toyota owns part of Subaru...
dwight wrote on February 28, 2015 - 9:05pm Permalink
Hmm. Better try to get a 2015 STI now since US made versions will likely have problems. That sucks because one thing I always loved about wrx's was "made in Japan." Just you wait. Need proof? Why is it that US built Legacys are always lower in re-sale then their Japan-made Impreza/ WRX brothers over their? It is simple...Japan built Subaru's are always better made.
vicious wrote on September 5, 2015 - 1:05pm Permalink
because they need to be imported. and the parts need to be shipped over retard, there are virtually nothing different in quality, its still the same company and production methods, that Subaru has lacked on both American and JDM spec models
deveans wrote on September 18, 2015 - 8:41pm Permalink
Not true douche. Also, make a note with toyota. Remember when the big recall hit over 1 year ago? Only models NOT effected were.Japan built toyotas. There is a difference. Subaru..why do used Legacys command a lower resale then other Japan built subies? Hmmm
Mike wrote on January 27, 2016 - 3:17pm Permalink
This is not true I just called the plant there in Indiana and they are not currently or going to be building Subaru WRX's or STI's there....and there not even union
wrx owner wrote on September 30, 2017 - 3:21pm Permalink
My 2017 is made in Japan.
Denis Flierl wrote on October 1, 2017 - 5:50am Permalink
Thanks WRX owner, you are correct. Only the Impreza is made in Indiana, not the WRX.