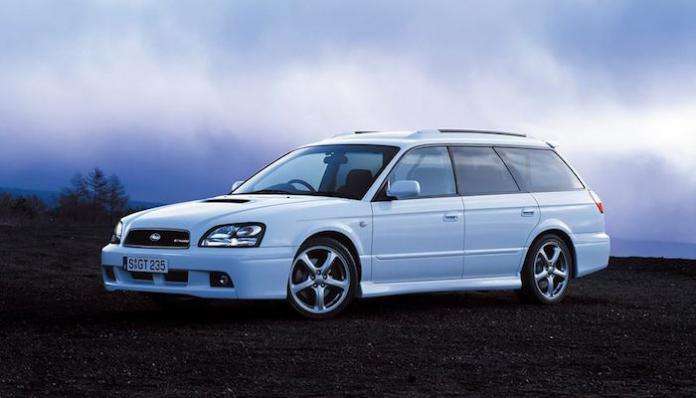 The 2018 Subaru Legacy gets ready to make its dealer launch. Will the brand ever bring back the Legacy GT Wagon?
Advertisement

The Subaru Legacy GT Wagon was a popular vehicle in the U.S., and it still is with fans but it’s not likely coming back. The Subaru Legacy sedan and wagon made their global launch in 1989 and the sedan is till in production, but not in a wagon body style. Legacy, now in its sixth generation, is still going strong, but in sedan variants only. The newly-refreshed 2018 Legacy sedan is built at the Gunma, Japan factory and also at the Lafayette, Indiana plant. Here’s why the Legacy GT Wagon should be on your bucket list.

When Subaru brought out the new sixth-generation model in 2015, they offered the Legacy Touring wagon and Legacy wagon 2.0 GT in Japan and Europe but not the US. It was the last time the wagon would be sold globally. Subaru designed a new wagon, and built the smaller Levorg sports tourer for Japan, Europe and Australia and it’s not sold in the U.S. market. Why did Subaru axe the wagon in America?

Will Subaru ever bring back the Legacy wagon?

Subaru has built their niche market in the U.S. with multi-use vehicles and the top three sellers are the new-generation Forester SUV, Outback wagon, and the Crosstrek crossover. The Legacy sedan is number five in the lineup after the new-generation Impreza hit the market. Subaru won’t be bringing back the Legacy wagon in the U.S., for the same reason they don’t sell the Levorg sports tourer here, a wagon isn’t going to do well with U.S. buyers. In Japan and Europe, the sports tourer is a big part of the market, but wagons aren’t popular here. 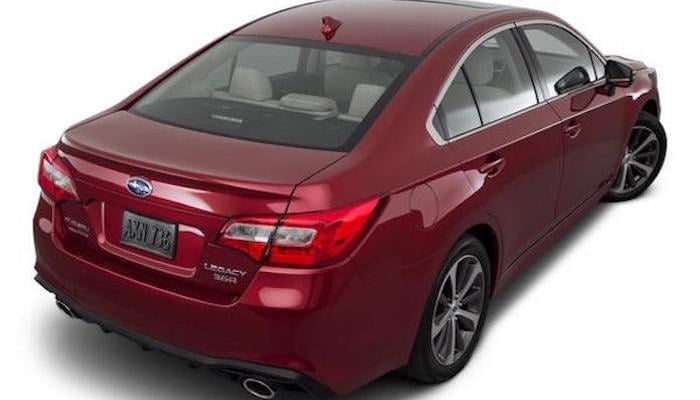 The big advantage Legacy has over the competition, is that all models come standard with Subaru’s Symmetrical all-wheel-drive system. It sets Legacy apart from the other brands who only offer front-wheel-drive. None of the other top sedans in this segment like the Toyota Camry, Honda Accord LX, Ford Fusion SE, VW Passat SE, Hyundai Sonata SE or Mazda6 Touring offers all-wheel drive. But the 2018 Legacy 2.5i base model still does. If you want a Legacy GT Wagon, there are still some good older models around, but you better hurry if you want a good one.

The earlier Legacy models are becoming more rare and are becoming highly collectable especially the earlier wagons. The Subaru Legacy GT Wagon is a popular car with fans and you can find many owners on popular Legacy websites like LegacyGT.com who are finding these earlier models and turning them into modified daily drivers. One owner on the Legacy forum is adding suspension upgrades to his 2006 Legacy GT Limited Wagon with Spec B Billsteins with STI springs and 225/45/R17 Continental DW tires mounted on 17x7.5 +48 TE37 custom alloy wheels. Cars like this will be kept in the family and not sold. So if you want a Legacy GT wagon, you better find a good used one quickly.

Subaru is going after the highly competitive sedan segment and knows the wagon won’t sell here in the U.S. So don’t look for a 2018 Subaru Legacy sports tourer in North America.

Phil V wrote on July 2, 2017 - 8:26pm Permalink
Steer clear of the twin turbos and their vallet of death between the turbs sooling. Have a new clutch installed and then go hell for leather on mods. I owned a 2015 GT Wagon and built is frim the ground up, nearly 500whp depending on fuel used and driving setting. Ran 9somnam aggressive tune., mid 10s on a saily tune. Handled sydney traffic whit ease and one the traffic ckeared, she ate all comers.