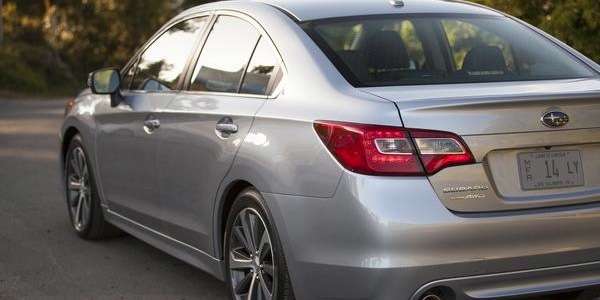 Forbes reports that according to data compiled by the IIHS, the Subaru Legacy boasts zero drivers deaths per million registered vehicle years. Legacy has also been favorably rated as a used car by Consumer Reports. Subaru has another vehicle that also made the list at #7 safest, the Subaru Outback wagon.

Why is Subaru ranked so high in safety?

Subaru uses a ring-shaped reinforcement frame to surround the vehicles occupants which absorbs impact energy from any direction in the event of a crash. The Subaru design uses high strength steel that gives superior protection in a crash that enables all their vehicles to keep achieving top safety awards year after year. Subaru has achieved Insurance Institute for Highway Safety (IIHS) Top Safety Picks seven years running, 2009-2015. According to Forbes, your teen should be driving the all-wheel-drive Subaru Legacy sedan and Outback wagon.

Tesla Contemplates A New Strategy for China Retail even As Sales Boom
Jay Leno on Elon Musk & EVs: “I Think He Should Get ... Credit"
END_OF_DOCUMENT_TOKEN_TO_BE_REPLACED