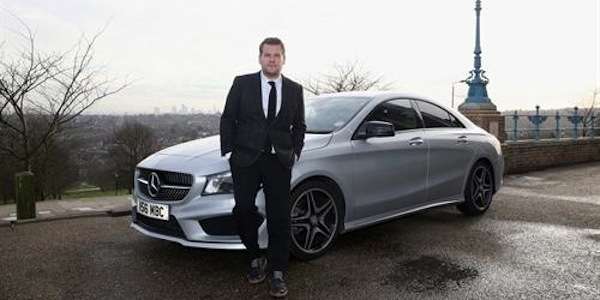 Why is Mercedes-Benz selling so many 2014 CLA-Class four-door coupes?

Mercedes-Benz will use the 2014 CLA-Class for the subject of a new film and is looking for a new generation of filmmakers. It’s called the #CLAstory
Advertisement

Who is buying the new 2014 Mercedes-Benz CLA-Class? Mercedes is attracting a new millennial generation with the CLA-Class four-door coupe and their social media marketing is working in a big way. Mercedes uses their social media marketing better than anyone else to sell the new sporty 2014 CLA-Class. Mercedes UK has enlisted the help of actor, comedy writer and producer James Corden and is looking for a new generation of filmmakers to launch a new film starring the CLA.

Here’s how it works.

Mercedes-Benz is looking for brightest creative minds as it launches #CLAstory. The social media campaign is aimed at supporting fledgling filmmakers and will lead to the commissioning of an online film starring James Corden. It will launch on the microsite, www.clastory.co.uk.

Mercedes-Benz will use the 2014 CLA-Class four-door coupe as the car that will be at the heart of the project. Three high-profile Instagrammers have collaborated with Mercedes-Benz to create a trio of short films featuring presenter James Corden. Jiri Siftar, Alan Brutenic and Allan Edward Hinton will use their instavids to provide a framework for the story, forming the beginning, middle and end of a storyboard. But six scenes are missing.

This is where aspiring film directors are asked to complete the scenes and the film in the #CLAstory by uploading their videos onto the Mercedes-Benz UK Instagram channel, mercedesbenzUK. Winners in each of the six scenes will decided by public vote. The creator of the winning film will then get the chance to direct their #CLAstory starring James Corden and the Mercedes-Benz CLA AMG Sport.

And winners of in each of the six scenes will win a new Go Pro camera for their winning efforts. Rob Halloway, Communications and Events Director Mercedes-Benz Cars, said: “#CLAstory is an initiative which gives others the chance to tell their story and present the Mercedes-Benz brand in a way that is credible, relevant and appealing to them.   It means we can pair an as yet unknown-but-talented director with one of the country’s most well-known actors - and one of our coolest cars.”

Mercedes-Benz is selling the new CLA-Class at a surprising clip and it’s already a success for the brand. They are using social media to attract a new millennial generation at it's working. Mercedes says The #CLAstory is aimed at the online community, creative influencers, film enthusiasts and film students. The German automaker is using Instagram better than anyone else on the planet to market their new 2014 Mercedes-Benz CLA-Class. For more information, budding filmmakers can go to the recently-launched Mercedes-Benz UK Instagram channel, mercedesbenzUK.