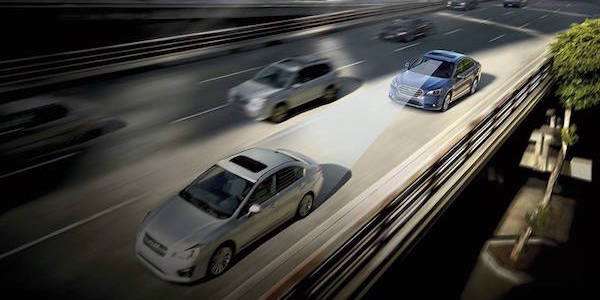 Why Historic Automaker's Commitment Is a Huge Win For Consumers

20 automakers agree to make automatic emergency braking standard on all their vehicles. Why is this a huge win for consumers?
Advertisement

In an historic commitment, 20 automakers agree to make automatic emergency braking (AEB) a standard feature on virtually all new cars. The U.S. Department of Transportation’s National Highway Traffic Safety Administration and the Insurance Institute for Highway Safety announced the commitment yesterday. Why is this news a huge win for consumers? This commitment means by Sept 1, 2022, virtually all new cars with be safer for consumers. What is AEB and why should you be excited about this announcement?

AEB is a safety system designed to assist the driver by applying the brakes for the driver if they are distracted and fail to see an impending collision. The car’s on-vehicle sensors use radar, cameras or lasers to detect an imminent crash, warns the driver and applies the brakes if the driver does not take sufficient action quickly enough. The systems are already reducing accidents around the globe.

These systems have proven to significantly reduce accidents in vehicles equipped with this technology. Subaru, one of the 20 automakers who signed the agreement, already offers this technology on most of their vehicles. A recent study in Japan found all Subaru vehicles, when equipped with EyeSight, had fewer accidents than non-equipped vehicles.

The ITARDA investigation found Subaru vehicles equipped with the EyeSight safety system, had an 80 percent decrease in rear-end collisions between vehicles and 50 percent fewer pedestrian accidents. There was a 60 percent degrease overall in all driver accidents. This study was conducted with EyeSight-equipped Subaru vehicles from 2010 to 2014 in Japan in over 10,000 surveyed accidents.

According to the J.D. Power 2015 U.S. Tech Choice Study released recently, three of the top five technologies consumers most prefer in their next vehicle are related to collision protection. Consumers are most interested in safety technology in their new car. With this new agreement signed by 20 of the world’s automakers representing more than 99 percent of the U.S. auto market, consumers will be safer on the roads.

“It’s an exciting time for vehicle safety. By proactively making emergency braking systems standard equipment on their vehicles, these 20 automakers will help prevent thousands of crashes and save lives,” said U.S. Transportation Secretary Anthony Foxx. “It’s a win for safety and a win for consumers.” Check out Subaru’s EyeSight driver assist safety system that is available now on the 2016 Subaru Forester, Outback, Crosstrek, Legacy, WRX and Impreza vehicles.

Bubba wrote on March 18, 2016 - 5:37pm Permalink
Subaru is one of the few manufacturers offering a full safety suite on their mid-range models.