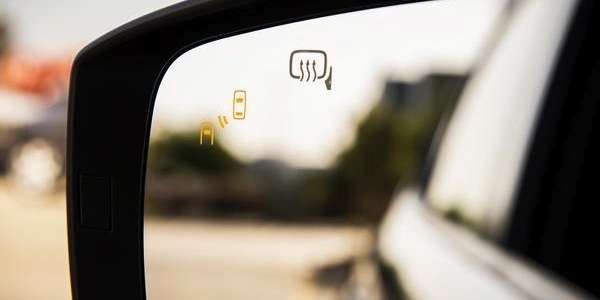 What are the top 5 technologies consumers most prefer in their next vehicle?

The J.D. Power 2015 U.S. Tech Study shows that Subaru is on the right track when it comes to technology. What is Subaru doing to lead the industry?
Advertisement

When it comes to technology that consumers are most interested in having on their new cars, it’s not what you might think. It’s not entertainment, connectivity, comfort or convenience that are the top priority for new car shoppers. According to the J.D. Power 2015 U.S. Tech Choice Study released recently, three of the top five technologies consumers most prefer in their next vehicle are related to collision protection. Consumers are most interested in safety technology in their new car.

The J.D. Power study revealed that technologies that reduce the overall burden of driving and enhance the safety of the vehicle and its occupants receive the most consumer attention. The study said that consumers are most interested in having blind spot detection and prevention systems, night vision, and enhanced collision mitigation systems in their next vehicle.

The J.D. Power 2015 U.S. Tech Study shows that Subaru is on the right track when it comes to technology. Fuji Heavy Industries, parent company of Subaru launched their new safety technology in May 2008 called EyeSight. This system uses stereo cameras mounted at the top of the windshield, capturing “live” images of the road ahead. This helps the car and driver be able to react quickly to potential accidents. The safety system is designed to help prevent collisions, or reduce impact damage. It is also helping reduce insurance premiums.

Subaru says their goal is the be the number one automaker in overall vehicle safety. Consumers seem to be growing in their acceptance of the concept of the vehicle taking over critical functions such as braking and steering. Subaru’s new-generation EyeSight system is effective in preventing vehicle mishaps and especially driver distracted errors. Subaru’s EyeSight is based on recognition abilities using a stereo camera system. The system processes the images gained from its stereo camera and recognizes the object before an accident occurs.

The emergency braking system on the 2015 Outback is particularly worthy of note. Instead of slamming the brakes on at the last second, Eyesight is already slowing the car the moment an obstacle is...read more.

Subaru is capitalizing on this interest

Subaru vehicles equipped with EyeSight accounts for an asstounding 85 percent of sales in Japan and the Japanese automaker seems to be capturing this interest in collision protection in their cars. “There is a tremendous interest in collision protection technologies across all generations, which creates opportunities across the market,” said Kristin Kolodge, executive director of driver interaction & HMI research at J.D. Power.

Subaru has sold exactly 308,333 cars equipped with the safety system as of March 31, 2015. Vehicles like the 2015 Subaru Outback wagon and even the performance Subaru WRX can now be ordered with the new generation EyeSight collision prevention system. Subaru is giving consumers what they want and consumers across all generations are responding by buying record numbers of their vehicles.