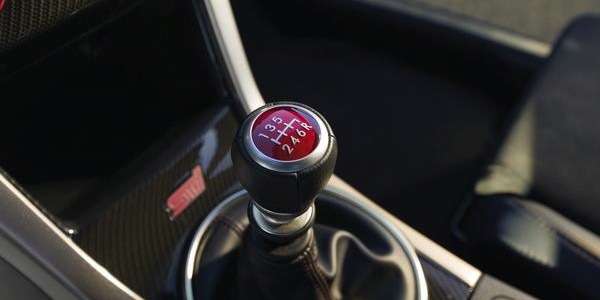 Why doesn’t Subaru offer an automatic in the 2015 WRX STI?

The all-new 2015 Subaru WRX STI comes with as a six-speed standard gearbox only. Why doesn’t Subaru offer an automatic in the performance car?
Advertisement

Subaru has always offered an automatic transmission on the WRX, but not the higher-performance STI. The new WRX gets a new automatic transmission option called the “Sport” Lineartronic CVT. It comes with a manual mode and paddle shifters. Is this just for window dressing or will it really work in the performance model? Subaru says it gets better fuel efficiency (of course), but also benefits from a choice of stepped automatic shifting with eight pre-selected ratios. Why not in the STI.

All the class-competitors have automatic transmission options including the Mitsubishi Lancer Evolution X, Volkswagen Golf R and higher-priced German rivals like the Audi S3 Sportback, BMW M135i and Mercedes-Benz A45 AMG and CLA45 AMG. All come with all-wheel-drive and offer both manual and automatic transmissions in their performance cars.

Subaru has said they have designed the WRX STI for one specific market segment. In an interview recently with Motoring.com.au, Subaru’s WRX project general manager, Masuo Takatsu said the brand’s performance fans “simply aren’t interested” in an automatic in the higher output STI.

Takatsu said in the interview about the new 2015 STI, “At this point, we don’t have any plans to release an automatic version as STI customers tend to be more people that are into motorsports, and for those customer bases, we believe a 6MT (six-speed manual transmission) is the best choice.”

The milder WRX has a completely different demographic who Subaru is marketing the car to. WRX will appeal to sports enthusiasts who would never take the car to the track or rally racing on the weekends. Takatsu said, “We’ve put a lot of effort into developing our sport CVT, and feel that it delivers the kind of response and feel that you would expect of a car like the WRX.”

It’s the same reason Subaru decided to keep the higher-output 2.5-liter boxer engine in the STI. STI customers want more torque, more power and more turbo feel, and the six-speed standard gearbox lets motorsports enthusiasts bring that out better on the track. The new 2015 WRX STI chassis with the six-speed gearbox lets them exploit all the power of the 2.5-liter powerplant.

Very few STI buyers would opt for the automatic transmission, and Subaru knows this. Subaru isn't going to spend the kind of money it would take to develop that level of technology, and go with a more sophisticated dual-clutch automatic gearbox, when so few buyers would choose it. Stay tuned to Torque News for the latest rally-bred 2015 Subaru WRX STI news.