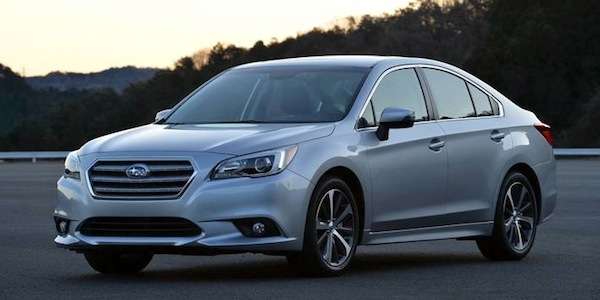 The all-new 2015 Subaru Legacy sedan offers AWD as a standard feature on all trims and models. Why is this such an important feature on the new sedan?
Advertisement

The recent snow storm in North Carolina reminds us as to why it would important to have a 2015 Subaru Legacy with all-wheel-drive. But it's made for much more. The recent polar vortex proved that you need not necessarily be in the Northern Snow Belt states to get snowed in. AWD can be an extremely important feature to have on snowy and icy treacherous roads. But what about having all-wheel-drive in dry conditions? Are there any benefits?

There is a misconception that all-wheel-drive cars are only for those who live in areas where there is inclement weather. The advantages go beyond traction, but also translates to stability in all driving situations. That translates in how confident a driver feels in the car. It can actually make them a better driver.

The Subaru Legacy competes in the highly crowded sedan segment with the Honda Accord LX, Ford Fusion SE, VW Passat SE, Hyundai Sonata SE and Mazda6 Touring that are all front-wheel-drive. The all-new 2015 Subaru Legacy sedan offers AWD as a standard feature on all trims and models. This is where Subaru and the new 2015 Legacy sedan excels.

Legacy has always had the Subaru all-wheel-drive system, but it gets refined for the new six-generation Legacy. The new sedan comes equipped with a newly refined version of the Active Torque Split version of Symmetrical AWD. Here’s how it works. An electronically managed continuously variable transfer clutch actively controls torque distribution in response to driving conditions and wheel slippage. The system can send additional torque to the rear wheels either pro-actively or in response to slippage at the front wheels.

Subaru has perfected their Symmetrical all-wheel-drive in Rally racing and on the road over the past 40 years. A driver feels more confident with all-wheel-drive, even if they aren’t driving at high speeds like the Subaru Rally cars did this weekend. The 2015 Subaru Legacy sedan is the latest car that offers AWD as a standard feature on all trims and models. You don’t have to be a race car driver to experience the benefits.