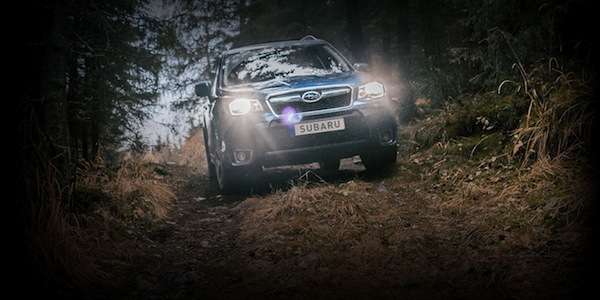 The 2015 Subaru Forester is one of the 2015 Most Popular on Edmunds.com
Advertisement

With about 18 million shoppers visiting Edmunds.com each month to find the car that’s right for them, they have a good idea of the vehicles people are looking for. In the compact Crossover SUV category, the 2015 Subaru Forester is one of the most popular vehicles. Edmunds thinks that you can benefit from the wisdom of the crowd by seeing which small crossovers buyers are looking at most.

Edmunds compiled the vehicles that were researched most often that attracted the most car-shopper consideration from January 1, 2014 through October 31, 2014. The other top vehicles in this category were the new Honda CR-V and Mazda CX-5. You can check out all the top vehicles on the Edmunds list here.

CHECK OUT: Why the Subaru Legacy is the longest lasting sedan on the road

What makes the new generation Forester so attractive to buyers? The compact SUV features good visibility, high ground clearance for recreation, a new power liftgate, a new 2.0-liter twin-scroll turbocharged engine in the Forester XT. X Mode for off-road adventures, standard Symmetrical AWD, heated front seats and plenty of cargo carrying ability. Forester has attracted active buyers for decades who use their vehicles for recreation on the weekends and it's what sets it apart from the crowd.

The new 2015 Subaru Forester is rugged, fuel efficient, family friendly, safe and it’s fun to drive which makes it one of the top researched new vehicles on Edmunds.com. Older Subaru Foresters are highly researched also because of their "go anywhere" attitude.

To learn more, check out the 2015 Forester video clip from Subaru Canada.