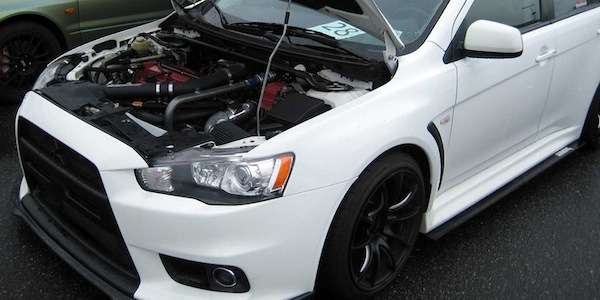 The 2015 Mitsubishi Lancer Evolution will be the last one ever build for performance fans. But fans will continue to make it even faster.
Advertisement

The Mitsubishi Lancer Evolution is an icon with performance enthusiasts and they will do just about anything to make it faster. It’s one reason why they like this car so much, they can make modifications to get the ultimate performance from the performance sedan from Mitsubishi.

The Lancer Evolution made its mark in the World Rally Championship and caught the attention of performance fans around the globe. It became the Japanese automaker's flagship sports car and it became an icon in the performance car community around the world. The race car became known as the “EVO” with fans, and is a rally-inspired, turbocharged, all-wheel-drive, durable and finely tuned sports car.

Ten generations have been produced

Evolution is based on the same platform as the Mitsubishi Lancer, but used the 2.0-liter turbocharged engine and AWD drivetrain from the original Galant VR-4. The first models were produced for the Japan market starting in 1993 and were later introduced into the UK and European markets in 1998.

Mitsubishi decided to export the Lancer Evolution to the United States in 2003 after watching the success Subaru had in the U.S. with their 2002 Impreza WRX, a direct competitor in other global regions. Ten street versions of the Evolution have been produced from 1993 up to today. Mitsubishi and Subaru have fought a battle both on and off the rally circuit which contributed to both their success.

This record-setting EVO gets added mods

According to a story by autoevolution, the record-setting EVO in the video below had its 2.0-liter engine bored to 2.2-liters and enhanced with a 7285 turbocharger and fitted with a custom manifold to get the additional hp needed to set the record. The Mitsubishi Lancer EVO was modded by a team called English Racing, and were quiet about how much horsepower the EVO was putting out.

The record-setting run took place at a recent event called Shift Sector Airstrip Attack 7, where this “tricked out EVO” hit the half mile mark at an impressive 202 mph (325 km/h). The 2015 Mitsubishi Lancer Evolution will be the last one ever build for performance fans and comes with 291 hp. But that’s not enough for performance enthusiasts like English Racing and they will continue to make it even faster.

Aaron O' Neal wrote on September 23, 2015 - 4:47pm Permalink
The car makes 1120whp on a Dynojet, it is very close to full weight because of the cage and very minimal weight reduction. The main advantage the car has over a standard road car in addition to the power is the PPG dogbox transmission.