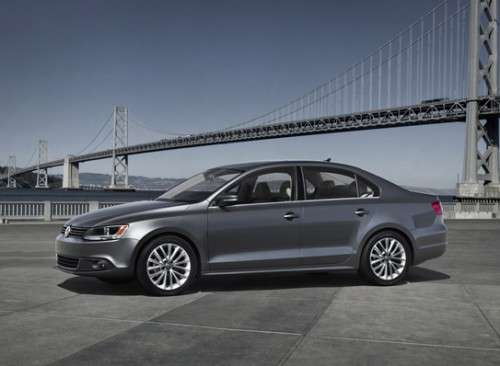 Diesel sales jump 35 percent: Are U.S. buyers finally getting it?

Diesel car sales have increased an impressive 35 percent in the first quarter of 2012 as U.S. buyers are beginning to understand their value.
Advertisement

As the cost of gasoline goes up, Americans are seeking more fuel efficient cars, and the sales of clean diesel cars is reflecting a change in perception here in the U.S. From information compiled by HybridCars and Baum and Associates, they report that sales of diesel cars in the first quarter of 2012 have jumped an impressive 35 percent. This trend will continue as people become educated to the value of the diesel engine.

Diesel engines have been widely used in Europe for decades and this is what they drive; small, maneuverable, fuel efficient diesel cars. As diesel technology continues to evolve, we’ll continue to see diesel engines being used more here in the U.S. In fact, diesel engines are the most environmentally friendly power source available today.

With images of driving behind a smelly 18-wheeler, to nightmares of sitting in the back of a grandparent’s noxious Oldsmobile diesel, Americans haven’t shown too much interest in diesel cars in the past. But the days of diesels belching out black smoke and dirty tailpipes are a thing of the past. Ford has just introduced their new Ford Fiesta diesel in Europe with its ECOnetic Technology that is their lowest CO2 emitting car to date. The new clean-diesel technology today is producing some of the cleanest engines on the planet.

The lack of great diesel products being produced in not the problem. The issue is, the lack of domestic demand means that few of these cars have been certified for sale in the U.S. The EPA has more stringent requirements for controlling NOx (Nitric Oxide) than in Europe. The technology exists, but it’s expensive to develop and raises the sticker price of the car considerably. But there are some inexpensive ways to get behind the wheel of a TDI engine, like the Volkswagen Jetta pictured above, which starts at $22,995.

It also doesn’t help that the average price per gallon of diesel in the U.S. is more than gasoline. But a diesel will get an increase in fuel mileage over a gasoline engine to come out ahead on overall savings, which is the reason for the recent surge in diesel sales. As gas prices continue to climb here in the U.S., Americans will continue to embrace the new diesel technology that is here to stay and we'll see more diesel options being available. Next, we'll look at the 2012 lineup of diesel cars here in the U.S.

Anonymous wrote on April 19, 2012 - 1:44pm Permalink
Small and mid-size diesel SUVs, like the new Chevy Trailblazer - duh! These would sell like Big-Macs.