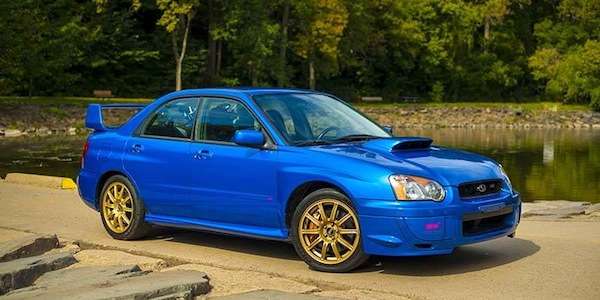 Subaru recalls Imprezas in Japan and Australia, U.S. could be next

Subaru recalls Subaru Impreza models equipped with airbags made by Takata. How many vehicles are affected? Will it include WRX and WRX STI?
Advertisement

The largest vehicle safety recall in history just keeps getting bigger. Subaru is now recalling Impreza compact models along with automakers Mazda and Mitsubishi. A report by the New York Times says the three Japanese automakers will recall about 715,000 cars and trucks. The Subaru Imprezas that are being recalled are only cars that were sold in Japan. Will the recall include WRX and WRX STI models sold in the U.S.?

Subaru and Mazda said they will consult safety regulators in other countries to determine whether additional recalls are needed. Mitsubishi said it would recall vehicles outside of Japan. Subaru spokesman Kenichi Yano, said: “I can’t deny that we may have to take action overseas as well, but at this point nothing is decided.”

What years are affected?

Fuji Heavy Industries, the maker of Subaru automobiles is recalling 91,151 Impreza models in Japan. In Australia, CarAdvice reports Subaru is recalling 33,548 Imprezas in that country. They report the Impreza models being recalled are produced between 2004 and 2007. This could include second generation Impreza WRX and WRX STI performance cars.

The defective Takata air bags explode too violently and shoot shrapnel into vehicles and have been linked to six deaths and more than 100 injuries worldwide. The Subaru Impreza recall is related to defective airbag inflators fitted to the front passenger airbags. New York Times reports Takata said on Tuesday that propellant in the inflaters could degrade over time if exposed to high humidity and temperature changes, making it prone to “overaggressive combustion.”

Subaru recalled 2008-2014 WRX/STI performance cars and other vehicles in the lineup. They need to recall the vehicles to fix rusty brake lines that can leak fluid and cause longer stopping distances. There will be around 199,000 Subaru cars and SUVs recalled in total and they are all from...read more.

In a report by ProductReviews.net, they say some owners of the Subaru Impreza vehicles are contemplating removing the airbags themselves, because they are afraid their airbags could go off at anytime. They think that removing their airbags could be a safer option until the issue is resolved. This could create additional risk for owners if they are involved in accident and then have no airbag to save them.

JeffS wrote on May 25, 2015 - 8:52am Permalink
Somebody(s) should be, "strung up" over at Takata. Not for the faulty airbags per say, but more for the way they have fought the recall tooth and nail for so long. I realize it is a huge financial burden for both Takata and the various auto Mfgs. affected, but the potential for serious injury, or worse, far outweighs the, "cost" considerations. To be honest it is a mite disconcerting that the car Mfgs. who are affected also seem to have dragged their feet on this problem as well. They should not have waited for Takata to, "own up" to the defect, (from what I read Takata is still fighting it trying to mitigate their responsibility) to do the right thing and fix the problem as soon as it came to light. Then go to Takata for compensation. The consumer, in this case, was left, "holding the (air) bag" for far too long.
Denis Flierl wrote on May 25, 2015 - 10:16am Permalink
I couldn't have said it better myself Jeff. Thanks for reading!
JeffS wrote on May 25, 2015 - 12:15pm Permalink
Good day to you, Denis. As I've said many times to Parks, (I'm a Honda guy), it's more like"Thank you" for writing, All you, "Gearheads" at Torque are among the Best at what you do. Might I add, so prolific. Always something new and interesting to read about. So, "Thx." for providing the distraction from the day to day, I'm a fan.