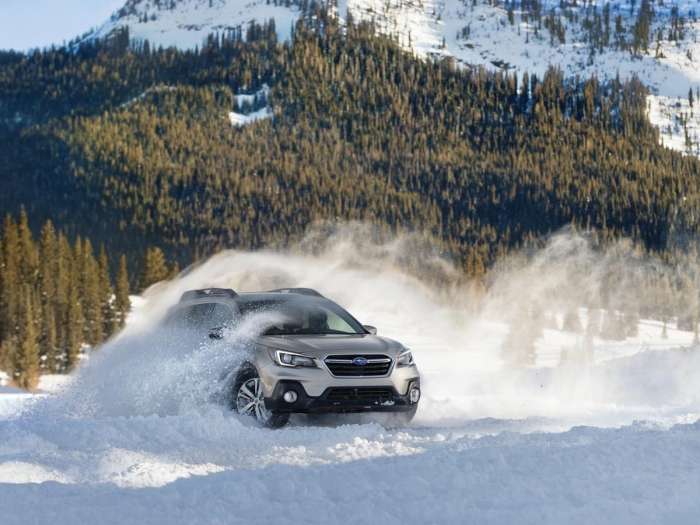 There are significant changes coming on the all-new 2020 Subaru Outback. Check out five reasons why you should wait for the new model.
Advertisement

The Subaru Outback wagon is still selling better than all other nameplates in the brand’s stable without a remodel. But changes are coming soon and the top-selling Outback gets a complete remodel for its fifth-generation model. Look for the all-new Outback to show up next summer 2019 as a 2020 model year.  There are some significant changes coming on the newly-remodeled 2020 Outback SUV/Crossover.

When the sixth-generation 2020 Outback arrives next year, it will grow in the interior room because of the new Subaru Global Platform (SGP) offering a modular chassis. Like the new-generation Crosstrek and Forester underpinnings, the new SGP will come with increased rigidity in the body and chassis translating to improvements in ride quality and handling, in addition to less noise and vibration in the cabin. This could be a good reason to wait another year if you are considering the Outback.

Subaru will ax the 3.6R trim

When the new-generation Outback arrives next year, it will likely feature a new direct injection four-cylinder engine with improved power and fuel efficiency and look for Subaru to drop the 3.6R trim with a six-cylinder option. Why is the 3.6-liter engine in Outback going away? It’s because of the tighter fuel-mileage and emissions regulations around the globe. Automakers need to downsize engines and make them cleaner burning for the new California and European regs. But it’s not such a bad thing for consumers.

Subaru’s newly developed four-cylinder turbocharged direct-injection boxer engines will achieve smooth acceleration equal to or better than that of competing vehicles with 3.5-liter 6-cylinder engines. That is accomplished by adding torque over horsepower because torque is what gets a vehicle moving from a stop and helps in pulling the vehicle up a hill, or when towing. The new fifth-generation model could be powered by a new twin-scroll turbocharged four-cylinder boxer engine like the new 2019 Ascent. Look for fuel-mileage to increase to 33 mpg highway and 29 combined mpg.

The exterior design language will remain conservative with Outback. It’s not surprising design changes will be minor for the new generation of Subaru's Outback because the Japanese automaker doesn’t like to take risks. The new Forester has been criticized for its conservative styling, and it will continue with Outback. The crossover will receive some updates, including a slightly redesigned front end and rear changes to the taillights resembling the new Forester and Ascent stablemates. Customers will benefit from Outback likely getting a wider tailgate opening.

The fifth-generation Outback will likely get the next evolution of Subaru’s EyeSight driver assist system. Subaru says their advanced driver-assist technologies are scheduled for launch around 2020 which would coincide perfectly with the 2020 Olympics in Tokyo. Subaru will incorporate further enhancements to EyeSight driver-assist technology, including radar, and highly accurate GPS and navigation systems. The Japanese automaker claims this will allow for automated lane-changes in certain conditions.

Reports say the fifth-generation Outback could get hybrid technology. The e-BOXER hybrid system in the 2019 Forester e-Boxer could also be available in the new Outback within the next 18 to 24 months according to reports from Australia. Subaru is launching their first-ever new 2019 Crosstrek plug-in-hybrid this month in the U.S. market. The e-Boxer hybrid system could also be available in the new-generation Outback in early 2020. It’s unsure if it will make U.S. shores, and Subaru has not confirmed whether North American consumers will get these models.

The next-generation 2020 Subaru Outback will keep its core values with a Boxer engine, safety will be a strong point with EyeSight driver assist standard equipment, the SUV will keep its “go-anywhere” attitude with 8.7-inches of ground clearance, all-wheel drive will remain standard on the Outback, and it will retain X-Mode for off-road adventures. When Outback gets the new SGP and arrives next summer, look for the all-new model to be even more popular with active consumers looking for an SUV alternative all-wheel-drive vehicle.