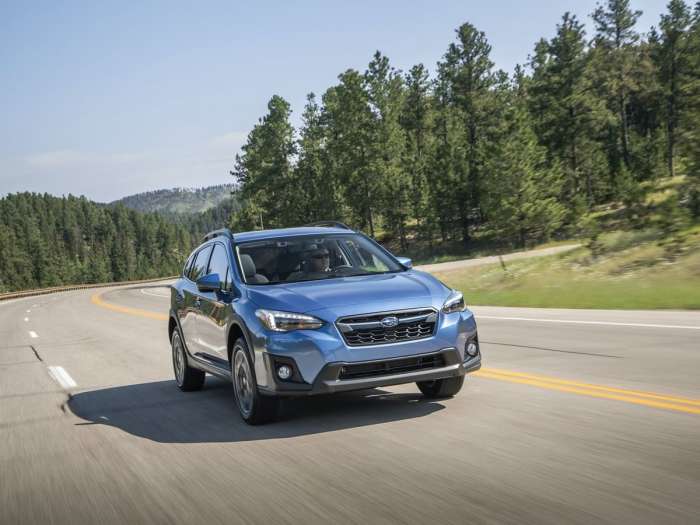 Recent documents from CARB reveal the electric range of the all-new first-ever Subaru Crosstrek Plug-in-Hybrid model. The all-electric range may surprise you.
Advertisement

Subaru axed the Crosstrek Hybrid back in 2016 because it wasn’t worth the extra $4,000 price tag for the extra fuel mileage it offered consumers. Subaru Corp went to work and with the help of Toyota Motor (who owns 16.5 percent of Subaru), they developed their first-ever Crosstrek Plug-in hybrid model. It’s coming before the end of the year and it will share Prius Prime technology. The all-electric range may surprise you.

The new Subaru Crosstrek PHEV uses the naturally aspirated 2.0-liter Boxer engine and they’ve tapped Toyota Prius Prime technology to produce some pretty astounding numbers considering it will send power to all four wheels via Subaru’s Symmetrical all-wheel-drive system. The CARB doc also says when the Crosstrek PHEV uses a combination of gas and electric, the small SUV gets an equivalent all-electric urban range of 26.273 miles and all-electric highway range of 27.381 miles. The new plug-in-hybrid will likely be charged with a standard household outlet and charge in less than 5 hours 30 minutes like Prius Prime.

For the U.S. market only

Subaru's new 2019 Crosstrek plug-in hybrid will be sold only in the U.S. to comply with California's zero-emission vehicle regulations, so don’t look for it in Australia and Europe at least initially. Subaru Corp’s initial plans are to only sell the Crosstrek PHEV in California and the 9 states that have adopted California’s zero-emissions vehicle requirements. They are Connecticut, Maine, Maryland, Massachusetts, New Jersey, New York, Oregon, Rhode Island, and Vermont. So unless you live in California or one of these states in the Northeast, you are out of luck. We'll know more soon when the 2019 Crosstrek Hybrid makes its official reveal likely at the LA Auto Show running November 30 through December 9. Stay tuned.