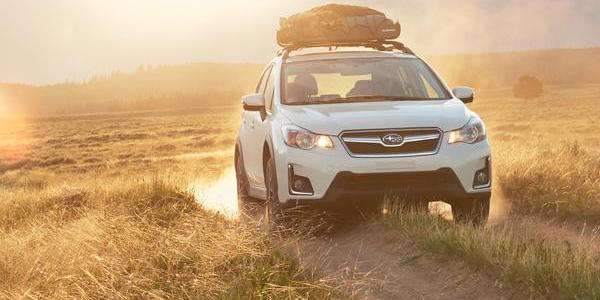 Subaru Crosstrek Beats All Non-Luxury Cars in America in One Remarkable Area, How it Will Save You Money

There’s one area where the 2017 Subaru Crosstrek beats all non-luxury cars in America. It can save you money.
Advertisement

The Subaru Crosstrek beats all non-luxury cars in one significant area and it will save you money. NADA, says the Crosstrek is the Highest Value-Retaining Non-Luxury Car in America. The report says value retention of a three-year-old Crosstrek is currently 63.3 percent, a figure 16.8 percentage points higher than the compact car segment average of 46.5 percent.

If you’ve tried to purchase a previously owner Crosstrek, you know this is true. The value of a used Subaru Crosstrek is just a few thousand dollars less than a new one. Crosstrek isn’t the only Subaru with high value retention. The Subaru Impreza is next at 56.9 percent retained value.

Subaru’s Impreza was number one last year, and its stablemate, Crosstrek bumps it from the lead in 2016. It’s a testament on how all Subaru vehicles hold their value. The Impreza compact is getting a total remodel for 2017 and it could help it get the top spot back. The Crosstrek is due for a complete makeover in 2018.

How do other Subaru models grade out?

In the Mid-Size Sedan category, another Subaru tops the charts. The Subaru Legacy is number one with a 54.0 percent rating. Similar to last year, Subaru’s Legacy was the segment’s highest ranked model, however, 2016’s 54 percent figure is 4.9 points lower than last year’s 58.9 percent number.

In the Compact Utility segment, the top-selling Subaru Forester comes in at number four at 58.9 percent. The Toyota FJ Cruiser is number one, Jeep Wrangler number two and Toyota RAV4 number three.

In the Sports Car category, Subaru’s BRZ sports coupe and Toyota’s FR-S/ GT86 come in below the industry average at 50.4 percent. The Ford Mustang, Dodge Challenger, VW GTI and Chevy Camaro are all ahead of the rear-drive sports car from Subaru and Toyota.

Where is WRX/STI and Outback?

Where is the Subaru WRX, WRX STI performance sedans and Outback wagon? They are so unique, NADA doesn’t even have a category for them. You would think WRX/STI would fit in the sports car segment, but NADA left them out for some unknown reason. However, the Subaru WRX is one of the top-ten cars with the highest resale value in America. This is according to Kelly Blue Book’s 2016 Best Resale Value Awards. NADA doesn't have a wagon category, so the SUV-alternative Outback doesn’t really fit in anywhere else. It shows how unique Subaru’s vehicles are.

Toyota takes the overall number one non-luxury brand ranking in retained value for their entire lineup. Who’s number two? Subaru which recorded two highest-ranked finishes including the Crosstrek (Compact Car) and Legacy (Mid-Size Car). The entire Subaru lineup will put money in your pocket when it comes time to sell. The Subaru Crosstrek beats all other non-luxury cars in America and it will save you money.