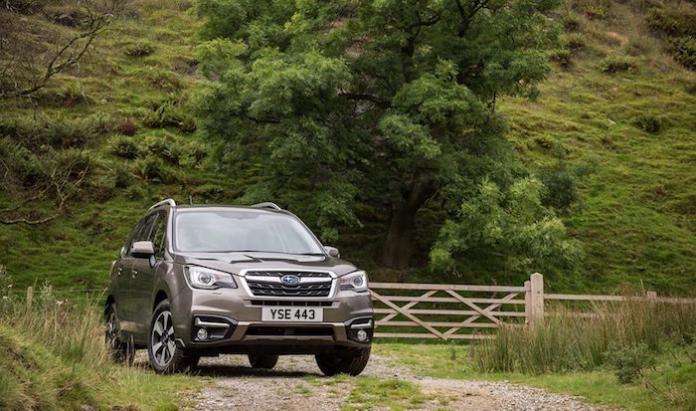 The 2018 Subaru Forester makes its European launch. Here’s how it keeps global families safer and even lowers your car's carbon footprint.
Advertisement

When you think of an internal combustion engine (ICE) vehicle like Subaru’s new Forester SUV, you don’t think of it particularly producing a lower carbon footprint than other small crossovers. But Subaru Forester’s new standard feature will even help lower your car’s global carbon footprint.

With the refreshed 2018 Subaru Forester making its dealer launch in the U.S., Canada, Europe, and Australia, it gets safer with the EyeSight drivers assist technology now coming as standard equipment. The equipment also helps Forester lower its carbon footprint and your car’s at the same time.

How does it do this?

We’ve all sat in traffic endlessly waiting for an accident to be cleared. Forester’s EyeSight, acts as a “second pair of eyes” for the driver and depending on the vehicle’s speed, can completely avoid and significantly reduce the severity of accidents at high speed. The safety feature was also developed to lower carbon emissions by reducing incident congestion and subsequently lowers the economic effects of dozens and sometimes hundreds of car sitting in traffic while the accident is cleared from the highway.

Subaru EyeSight is exclusive to an individual country’s traffic

Subaru engineers have used real-world tests and evaluations, developing EyeSight to correspond exclusively to an individual country’s traffic conditions. European traffic is different than in America, Canada and Australia where Forester is a top-selling model for the brand. The research was done in Japan.

The institute for Traffic Accident Research and Data Analysis in Japan produced a study of Subaru vehicles involved in accidents between 2010 and 2014. It found that there were 61 percent fewer accidents involving EyeSight equipped cars compared to those without. When you factor in fewer accidents with EyeSight, it can have a big economic impact lowering carbon emissions by reducing incident congestion.

In the UK, the newly-refreshed 2018 Subaru Forester is the third model in the range to be fitted with EyeSight. The safety system will now be standard equipment on all Forester XE Lineartronic and XE Premium Lineartronic models shipped to Europe.

When you factor in Subaru’s global milestone of one million EyeSight-equipped vehicles on the road achieved back in 2016, the impact is substantial. Now all 2018 Subaru Forester CVT models will come standard with EyeSight in Europe, adding even more of the EyeSight-equipped models on global roads.

Ed wrote on September 28, 2017 - 9:54am Permalink
The question now becomes, will Eyesight be standard in the U.S. Market? Personally, it was one of the main reasons I got a Forester. I find it odd that folks actually don't pay for the option, at $1,595 its far cheaper than competitors who charge a lot more. Safety at an affordable price just make sense. I do know forms of autonomous driving takes getting used to, but it's the wave of the future and if it saves lives, why not?
Denis Flierl wrote on September 29, 2017 - 8:36am Permalink
I think you will see Subaru move towards EyeSight being standard on all models Ed, expect manual rowers like the WRX STI. Thanks for reading!