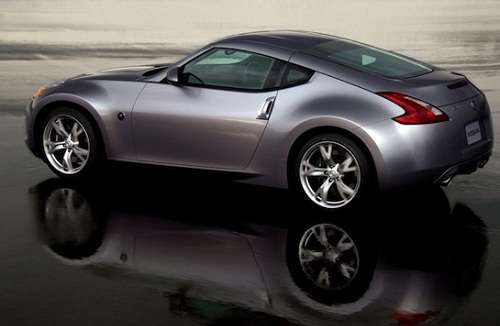 Nissan wrapped up its crowd-sourced Project 370Z and released a new video showing the dyno-tune session and interior improvements.
Advertisement

Back in February, Nissan invited fans to participate in what it’s calling "Project 370Z." In an effort to highlight the numerous options available on the new 2013 Nissan 370Z, Nissan gave fans the opportunity to create a project Z in which they got to choose how the car was put together.

Nissan has finally wrapped up work on the 2013 Nissan 370Z crowd-sourced car and has released a video of the dyno-tune session and the improvements fans made to the interior. With the improvements made to the engine, Nissan put the car on the dyno and wound up with somewhere around 504 horsepower. This shows what a few bolt-on parts can do to improve the performance of a stock 370Z.

For the first phase of the build, fans chose a GReddy twin turbo kit, which pumped up horsepower on the 3.7-liter V-6 considerably. The stock Z engine gets 332 horsepower, and the twin-turbo kit made a big difference in horsepower and performance.

Fans also chose to use a GReddy Ti-C catback exhaust that will help the 500 plus horsepower engine breathe easier. Nissan also installed a KW suspension setup and bigger brakes from StopTech to handle the extra stopping power needed on the project car.

Via Nissan’s Facebook Performance page, Nissan started with a fresh 2013 370Z that was built by fans in three upgrade phases: power, handling/brakes, interior and exterior. Fans posted comments on the page for each phase, and got to vote on the upgrades and accessories. Those with the most fan support were chosen for each phase as Nissan built the unique car. For the final phase, a set of lightweight forged Volk wheels took the place of the factory wheels, and a new matte grey vinyl wrap took care of the standard yellow paint.

A new smaller Nissan Z in the works

As we reported here on Torque News, Nissan could be working on the next-generation Nissan Z with a smaller engine, or an all-new smaller 200Z. As reported by the Sydney Morning Herald, in an interview with design chief Shiro Nakamura, Nissan is looking at a number of options as they move forward in the future.

The Japanese company could take one of three different path’s to get there. The first is to take the approach that many carmakers have taken recently: take the existing 370Z and reduce the engine size. Recent engine technology is allowing manufacturers to use smaller, more efficient engines to achieve the same power but with better fuel-efficiency. Nissan’s design chief also hinted that they may be looking at a return of the Silvia, or 200SX.

The 2013 Nissan Project is finally done and made its debut at Z Dayz last weekend. Nissan promises the car will also be made available to other enthusiast events such as ZCON 2012 and SEMA.

Check out the two videos below showing the progress.