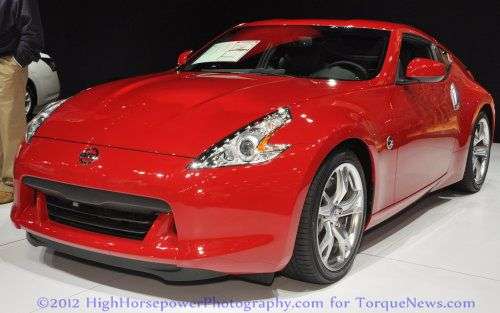 Is a new smaller 370Z in the works at Nissan?

In an interview with Nissan design chief Shiro Nakamura, he reveals the brand is looking to downsize its current sports models. Could a smaller Nissan 200Z be in the companies plans?
Advertisement

Nissan has enjoyed great success with its 370Z sports car, but as the brand re-evaluates the competition and the current global market for smaller more fuel-efficient cars, they could be working on a Nissan Z with a smaller engine, or an all-new smaller 200Z. As reported by the Sydney Morning Herald, in an interview with design chief Shiro Nakamura, Nissan is looking at a number of options as they move forward in the future.

The Japanese company could take one of three different path’s to get there. The first is to take the approach that many carmakers have taken recently: take the existing 370Z and reduce the engine size. Recent engine technology is allowing manufacturers to use smaller, more efficient engines to achieve the same power but with better fuel-efficiency.

German rivals BMW and Mercedes-Benz have both downsized cars to both reduce weight and ensure speed and agility in their cars. BMW downsized the M5 from a 5.0-liter V-10 to a more powerful 4.4-liter twin-turbo V-8. And Mercedes took the C250 CDi that once used a 2.5-litre engine, and swapped it for a more efficient 1.8-liter powerplant. We also see many European luxury brands are using four-cylinder engines instead of six-cylinder’s.

Nissan’s design chief also hinted that they may be looking at a return of the Silvia, or 200SX. With Toyota bringing on the Scion FR-S, and the Subaru BRZ coming on the scene here in the U.S., Nissan is clearly missing a viable competitor in the small sports car segment. While Nakamura wouldn’t come right out and say Nissan is already at work developing a new small sports car, he hinted that it’s likely to happen.

"Light, sport coupe is a nice concept, I like it. Sports car is a core of Nissan. We ... really we have to sit down and work out what the future sports car should be for us." Earlier in the interview he said he was a “big fan” of the idea.

With pricing just released on the Subaru BRZ and the price range of the FR-S, it would make more sense for Nissan to revive the SX badge than to offer a less powerful Z. But Nissan has the GT-R and may feel they can downsize the 370Z. Or we could see three sorts cars in the Nissan lineup, the 200SX, 370Z and the GT-R. Most sports car enthusiasts would welcome a smaller, lighter, and cheaper Nissan sports car with open arms. Stay tuned as we get more information.