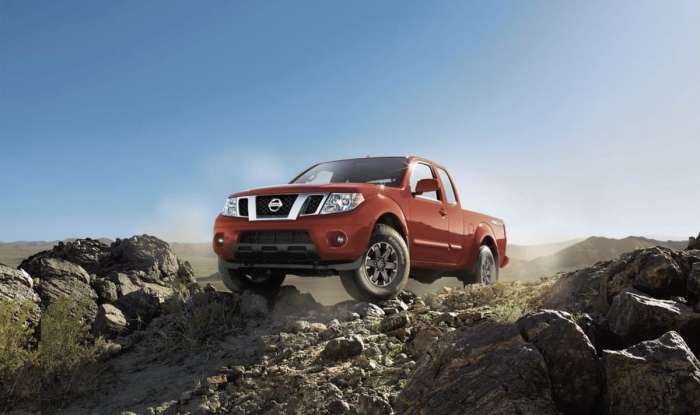 The Nissan Frontier is tops in the J.D. Power IQS Study. It’s three years in-a-row for the mid-size pickup.
Advertisement

The 2018 Nissan Frontier shines in the 2018 J.D. Power Initial Quality Study and was the top-rated midsize pickup for the third consecutive year. The Nissan brand also had Maxima winning Large Car honors with the second highest score of any vehicle in the study, and Altima took top honors in the competitive Midsize Car segment, good for sixth among all vehicles in the survey.

J.D. Power IQS study examines problems experienced by vehicle owners during the first 90 days of ownership. Initial quality is determined by the number of problems experienced per 100 vehicles (PP100), with a lower score reflecting higher quality. Subaru has been improving the last two years, until the recent 2018 study where they slip to fourth from the bottom.

The highest ranked Nissan Frontier beats the GMC Canyon and Honda Ridgeline who tied for second place. This year, Nissan improved by eight problems per hundred vehicles (PP100) to an overall average of just 85 PP100, which was the best performance of all non-luxury Japanese brands.

“Nissan’s J.D. Power IQS results for 2018 are encouraging because they reflect customer satisfaction directly from the people who buy and lease our vehicles,” said Mark Swenson, vice president, Total Customer Satisfaction, Nissan North America. “Positive IQS performance is a tribute to the ongoing efforts of Nissan Engineering, R&D, Quality and Manufacturing teams around the world, as well as our many global supplier partners. It is rewarding for us to see positive movement in J.D. Power IQS for three years running.”