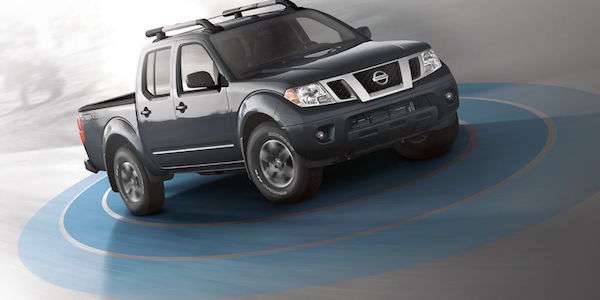 The Nissan Frontier Mid-Size Pickup is Getting Old; Why isn’t its Age a Bad Thing?

The 2017 Nissan Frontier mid-size pickup is getting old. Why isn’t its age a bad thing?
Advertisement

The 2017 Nissan Frontier mid-size pickup is getting old by industry standards, but it’s not hurting sales. Its stablemates, Titan, Rogue, Pathfinder, GT-R and Armada have all received major overhauls, now Frontier needs some serious upgrades. The Nissan pickup also needs to keep up with the Toyota Tacoma, Chevy Colorado and GMC Canyon. But it’s age doesn’t seem to be holding it back.

The Frontier is doing pretty well without any new model, thank you. There are lots of buyers lining up to buy the old gal. In November, the aging pickup was up 41.5 percent over the previous years numbers. In 2015, 57,124 Frontiers sold, and in 2016, 80,857 pickups have been purchased by mid-size truck buyers.

2017 Frontier did get upgrades

Some of those numbers include the “new” 2017 model that did receive some upgrades. Enhancements for 2017 included the addition of a new Frontier S Work Truck Package. It features a spray-in bedliner, bed rail caps, splash guards and rubber floor mats. Frontier S grade also now features a body-color rear bumper which was previously chrome. The base model had a small price bump of $100 and has a starting MSRP of $18,390 plus destination and handling ($940) for the base Frontier S King Cab 4x2 I4 5MT.

The 2017 Nissan Frontier is still a good choice for mid-size truck buyers. It’s capable, dependable and comes with all the features truck buyers are looking for. It may not have a new stylish body yet, but it still proves to be a good workhorse. The new-generation Frontier is coming to compete with the Toyota Tacoma, Chevy Colorado and GMC Canyon. Until then, mid-size buyers are not worried about the Frontier getting old.

James D wrote on December 23, 2016 - 11:23am Permalink
I own a 2015 4X4 SL Crew Cab fully loaded long bed Frontier, and I would buy the Nissan over any GM or Taco. The 4.0L Nissan engine is bullet proof, and they last for over 500,000 miles, just go to youtube and check out the high mileage Nissan Frontier videos. The frame under the Nissan pickup bed is twice as beefy as the new GM twins, and I didn't like the way the GM seats feel like you are setting in a lawn chair with your behind on the ground. The Taco you can't get power seats, or rear disc brakes, and the bed size is to small. So the old school Nissan Frontier SL 4X4 Long Bed Crew Cab is a superior truck compared to the GM twins and the Taco.
Dave wrote on December 23, 2016 - 8:23pm Permalink
I concur with your remarks and I'll add Best truck on the market bar none of any size or capacity. Reliable for the long haul and the long bed SL is fancy enough. I roll Nissan because they last longer and are you get more for the $
canuk wrote on December 23, 2016 - 4:43pm Permalink
I have a 2015 4x4 SV Crew and it's a fantastic little truck, don't mess with the formula too much please. My dealers says they just dont make enough, 3 come in and they're gone by the end of the week. If I want to trade it in, my truck would be spoken for. I love my truck it's a keeper.
Sukhoi31m3 wrote on December 24, 2016 - 4:51pm Permalink
I'm glad to hear the positive reviews. My Dad bought a 2005 Frontier base model work truck new and it lasted 7 years before he upgraded to an Xterra. He never did anything for it short of oil changes and he had zero issues with it. It had a 5 speed manual that was a joy to row. His only regret was it not coming with cruise control. His Xterra so far is golden as well. Nissan builds good trucks.
spmaudio wrote on December 25, 2016 - 11:09pm Permalink
I'm seriously considering a Frontier to replace my 2002 Tacoma. Small is really important to me, as I spend a lot of time in tight parking garages around Chicago. The Frontier is currently as small as small trucks get, which I find frustrating, because it's still a few inches longer than my extended cab Taco - which as it is can be a tight fit in some parking structures. So, I'm holding out for 2018, hoping Nissan keeps the Frontier small - and improves its turning radius! (Oh - and a standard cab version would really rock!!)
canuk wrote on December 26, 2016 - 9:10am Permalink
I doubt very much a standard cab will ever see light of day, just no demand.
Todd treat wrote on December 26, 2016 - 6:15pm Permalink
I had a 2003 SE 4 x 4 crew cab just sold I also have a 2008 front tier SE 4 x 4 crew cab and I have just purchased a brand-new 2016 pro for crew cab fully loaded these trucks have never failed me I do a lot of heavy pulling and I drive them like racecars The 2008 has never had a tuneup Nora been in the dealership or shop for any reason other than brakes and tires these trucks are bulletproof and they are unstoppable I will forever be a Nissan front tier owner
Michael wrote on December 27, 2016 - 4:49am Permalink
I love my 13' crew cab long bed. Up in the Appalachian mountains she handles snow and mud no problem. Stout when towing and always has plenty of power to pass. I like it because it's very comfortable truck and relaxing.