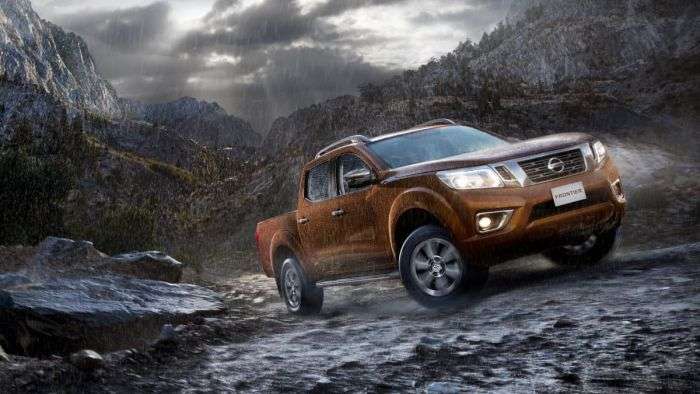 The all-new 2019 Nissan Frontier is coming and the brand will make it a new focus.
Advertisement

When you compete with the Toyota Tacoma, Chevy Colorado, and new Ford Ranger, it’s easy to get left behind. There are even reports, Jeep will come out with a new Wrangler pickup in 2019. How will Nissan respond? They have a plan for their next-generation Frontier mid-size pickup and it will be their main focus when it arrives.

Tim Hill, chairman of the Nissan National Dealer Advisory Board and dealer principal of Hill Nissan in Winter Haven, Fla., told Automotive News, they have big plans for the all-new 2019 Nissan Frontier pickup. Hill’s dealership has been in his family since 1976 when it was an Oldsmobile-Datsun store, so he’s in the know.

When asked about Frontier's outlook, given that Chevrolet, Toyota and now Ford hope to step up involvement in midsize pickups, he didn’t hesitate. Hill says, “There’s still growth potential for us with the Frontier. And our model is one of the more aged products. Yet it continues to increase sales and win awards. It will be a focus of the brand moving forward. It's not as affected by gas prices as the full-size truck. It's steady year-round.”

Nissan confirmed last year, the new-generation Frontier will be built in the U.S. at their plant in Canton, Mississippi. Steve Marsh, Vice President of Manufacturing at the Nissan Canton Vehicle Assembly Plant said, ”The dedicated employees here in Canton look forward to building the next generation of one of the best pickup trucks in America.”

The new Frontier could share its platform with the Nissan Navara truck sold in Europe and South America. Nissan could also launch the new 2019 Frontier with a Cummins turbo diesel. Unconfirmed reports say the new turbo diesel variant could be pumping out around 200hp and 350 lb. ft of torque. Whatever new power plant is under the hood, the Frontier mid-size pickup will be the brand’s main focus when it arrives.

Elmo wrote on April 6, 2018 - 6:43pm Permalink
Current D40 Frontier was introduced in 2004. At nearly 15 years old it's the oldest design mass market vehicle on sale in USA and Canada.
Ann Tomlinson wrote on August 7, 2018 - 10:37am Permalink
When will the newly re-designed Frontier be at dealerships?
TJ wrote on November 24, 2019 - 10:30am Permalink
Latest news on the next gen. Frontier I've heard from a salesmen is that we'll get a look at the new one in, or around, March 2020. I can't wait, because if it's 90% of what the current one is, it will still be the best buy in it's class. I've also run a couple of the current gen Frontiers with a range of mileages on them, and the 4.0L engine, for being an old engine by todays standards is still awesome and makes it a blast to drive; and is impressively perky, strong, and sounds wonderful.