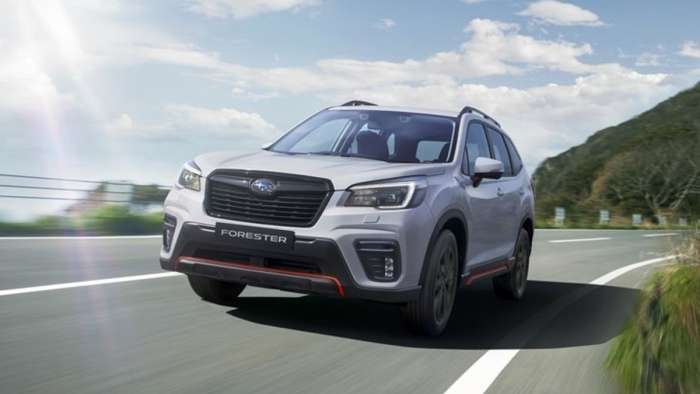 A New Subaru Forester Turbocharged Model Could Make Its U.S. Reveal This Spring

The 2021 Subaru Forester is the sales leader in 2021, and a new turbocharged model could make its U.S. reveal this spring.
Advertisement

Subaru of America reported the 2021 Forester compact SUV started the year off as its best-selling nameplate. Forester is the number-one-selling all-wheel-drive model for Subaru USA, with retailers delivering 13,207 models to customers in January to start the new year. The Forester sold two fewer models in January compared with January 2020 (13,209).

The Forester finished 2020 as the top volume model with 176,996 units sold and starts 2021 where it left off. The Forester compact SUV leads the Outback crossover/wagon (11,784 units sold in January) by 1,423 units. The 2022 Forester is coming this spring, and there could be significant changes. 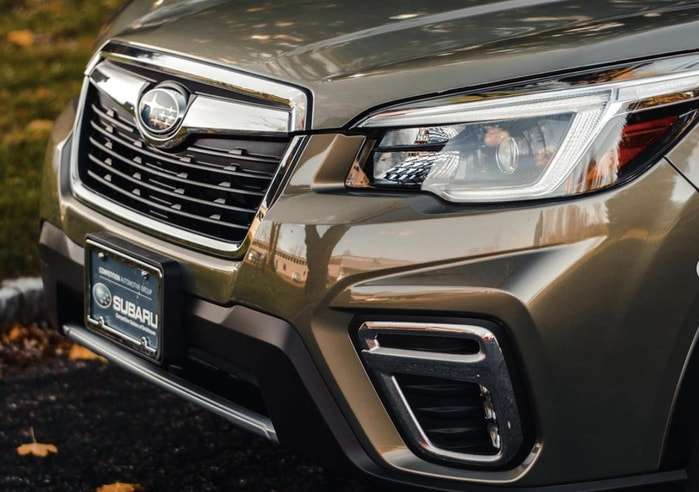 The 2022 Subaru Forester won't get a complete remodel, but it gets a refresh in the fourth year of its lifecycle. Forester will get new front restyling with minor upgrades to the bumper and side moldings and some interior modifications to upgrade its appearance. But the significant changes will come underneath its sheet metal.

Subaru of America will likely ask its parent company, Subaru Corporation, for a new 2022 Forester with a turbocharged engine. Subaru is upgrading all its models with fuel-efficient direct-injection turbocharged (DIT) Boxer engines, and the Forester is the next model in the lineup to get one. 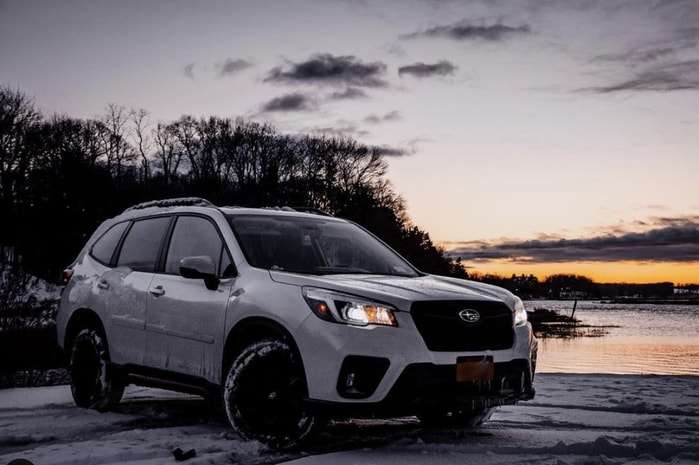 Customers in the U.S. won't see a Forester hybrid model until the early-to-mid 2030s. To keep customer interest in the Forester strong, Subaru could bring a new 2022 Forester XT with a 2.4-liter turbocharged engine later this year.

Subaru released a new 1.8-liter turbocharged Boxer engine in the Japan-spec Forester, but it's likely for the Japanese market only. Subaru knows customers in the U.S. want more power than the 1.8-liter engine's 175 horsepower and 221 lb-ft of torque. The Forester's 2.5-liter naturally aspirated Boxer engine produces 182 horsepower and 176 lb-ft of torque.

An all-new 2022 Subaru Forester Wilderness Edition is expected to make its U.S. reveal this spring, and it could be the model to get the new turbocharged engine upgrade. The 2022 Forester will begin production in the next two months, with a dealer launch next summer. Stay tuned.

Bam wrote on February 8, 2021 - 8:48am Permalink
This is completely false news.
Dave Jaeck wrote on March 3, 2021 - 1:29pm Permalink
Thanks for the article. Been looking at Foresters for couple years. Have issue with any vehicle with gas tank access on passenger side. It's BS that someone should have to go to the other side of vehicle for gas. Should be listed under inconvenience. But willing to buy if they keep CD players. Pretty much everyone over age 40 has a CD collection that they can no longer use in vehicle. They can keep Apple Car Play crap. Subaru pretty much only vehicle in 2021 model year still with CD.
Felix wrote on March 12, 2021 - 12:53pm Permalink
You should really seek mental help for your disorder. What you wrote is such mental stuff that I have no other words other than you should seek some mental help
Joe wrote on March 30, 2021 - 2:00pm Permalink
I’m 60, and I got rid of all my CDs a decade ago. My music collection is 100% digital. Maybe you meant over 70 or 80.
Thomas wrote on April 3, 2021 - 6:43pm Permalink
I just test drove a 2021 forester It is quite nice, but I agree, wish gas tank was on other side, and wish oil changes were at 7500 miles, not 6000 miles. Hopefully they keep cd player on 2022 Forester.
Richard wrote on August 1, 2021 - 8:03am Permalink
This is utter clickbait garbage. Total fabrication.