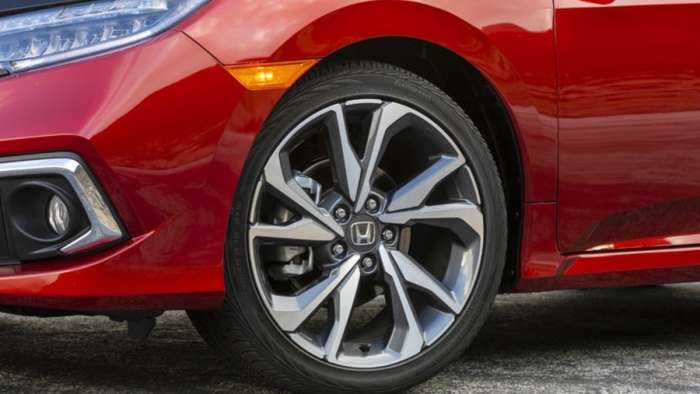 New Honda Civic vs Toyota Corolla, Which Compact Car Belongs In Your Garage

The 2019 Honda Civic and 2020 Toyota Corolla are long-time bitter rivals. Which compact car is best for you?
Advertisement

If you are looking for the best compact car, the Honda Civic and Toyota Corolla are two of the top models. In a head-to-head comparison of top rivals Civic and Corolla we’ve chosen the best of the compact sedans. We drove the top trim 2019 Honda Civic 1.5T Sedan Touring and the all-new 2020 Toyota Corolla XSE sedan for a week. Which car is the best for you? 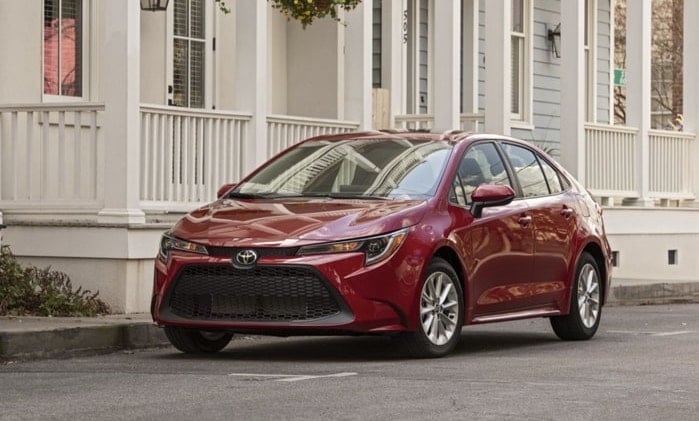 The all-new 2020 Toyota Corolla XSE gets a new 2.0-liter engine producing 169 horsepower and 151 lb-ft of torque. It’s mated to a specialized CVT automatic with paddle shifters. A six-speed manual is available on lower trims. EPA estimated fuel mileage comes in at 31/38 city/highway mpg and 34 combined mpg. The 2.0-liter has more power than the outgoing 1.8-liter engine, but we would choose the Civic’s turbo over the naturally aspirated Corolla.

The refreshed 2019 Honda Civic 1.5T Sedan Touring is powered by an upgraded turbocharged 1.5-liter four-cylinder engine producing 174 horsepower and 162 lb-ft of torque. The Continuously Variable Automatic Transmission is the only available gearbox in the Touring trim. Fuel economy for the turbocharged Civic is an EPA estimated 30/38 city/highway and 33 combined mpg. We think it’s worth getting with its turbo power especially at altitudes. 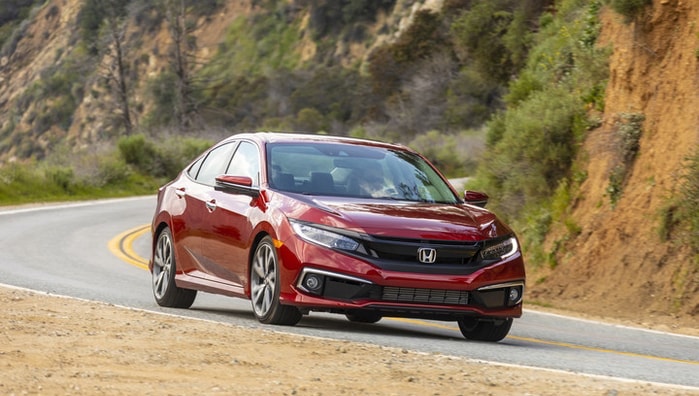 The Civic wins hands down in the fun-to-drive meter. The Civic with the 1.5-liter turbo engine is higher on the fun-to-drive meter than the Corolla. We were surprised at the power and the fuel mileage it gets. We averaged close to 35 mpg and we were pushing the Touring hard all week. We were also surprised at how well the CVT automatic transmission works. The Corolla is not nearly as responsive. The Civic is not a sports sedan, but it handled well in the mountain curves and stayed fairly flat when we pushed it hard around the tight corners.

The top-of-the-lineup 2019 Civic Touring cabin feels more up-class and sophisticated than the Corolla XSE. Even with its odd horizontal dash, the Civic wins the interior battle. Generally, the quality of materials throughout the cabin are superior, as are the leather seats. 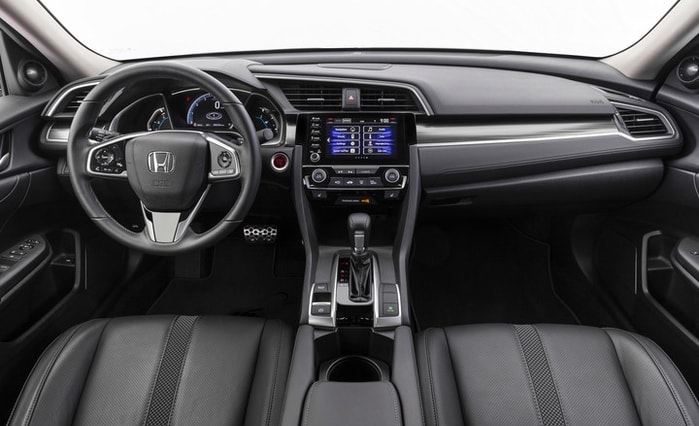 Overall, we would give the nod to the refreshed 2019 Honda Civic over the all-new 2020 Toyota Corolla. The Civic offers a more dynamic driving experience, feels more upscale inside, has a bigger trunk, and has sportier looks. It’s a close battle between the compact sedan rivals, but Honda wins this round.

You Might Also Like: 2 Reasons Why You Should Consider Buying A New Honda Civic, CR-V Or Accord

Bookmark my Honda page and be sure to follow the latest 2019 Civic reports on our Honda channels, Facebook, Twitter, Instagram, and tweet your Honda news tips to us @HondaReport and we'll give you a shout out! Be sure to check back often for more Honda news and updates!

Denis Flierl wrote on July 27, 2019 - 12:15pm Permalink
Which compact sedan would you choose?
Jason wrote on July 28, 2019 - 10:54am Permalink
Brought to you by Honda
Shane Murphy wrote on August 26, 2019 - 12:38am Permalink
Enough snark. if you had bothered to drive them yourself you would have had to agree.
Digitaldoc wrote on July 28, 2019 - 11:27am Permalink
I would not go with the Honda Civic with that turbo engine as it is very similar to the 1.5T in the CRV, which has been plagued by oil gas dilution issues for the last 3 years. There are also reports of it happening in the Civic, but less pervasively. Still, nobody knows when/if premature failures will occur, and would not want to worry about it with a new car purchase, and other options available.
Thomas Cross wrote on July 28, 2019 - 12:12pm Permalink
At the same price point, I chose the Mazda 3 AWD Premium. The M3's luxurious cabin is at par with the premium German makes, better than the Audi A3 and VW Golf GTI. The M3 comes standard with 2.5L engine, throwing 186hp, 186lb-ft torque, and is all-wheel drive. Trumps both the top trims of the Civic and Corolla, at nearly the same price point.
Brian R Davis wrote on July 28, 2019 - 3:13pm Permalink
Both are very reliable. The Civic is for the spirited and youthful and the Corolla is for the bland.
Grant Morgan wrote on July 28, 2019 - 4:26pm Permalink
The answer actually was not considered. I just purchased the 2020 Toyota Corolla Hybrid and am enjoying 52 mpg at a cost under $22000.
DeanMcManis wrote on July 28, 2019 - 6:00pm Permalink
I have owned and enjoyed many Honda Civics over the years, but I currently own an older Corolla (as a backup car). I think that the advantage of the newer Civic over the new Corolla is the same as the older Civics over older Corollas, they are simply more fun to drive. Both cars are very reliable, both are practical and well designed, both get good gas mileage, and both have strong resale value. Personally I like the styling of the Civic more, but the latest refresh on the Corolla improves it's styling. If I were buying one today I'd get the Civic SI, which has a manual transmission (rather than CVT) and 205HP. I've owned a couple Civic Si's before, and this one looks even better and is far more capable (and even less expensive than those models above).
Tony B. wrote on July 29, 2019 - 11:37am Permalink
I've own a Honda Civic since it first came out in 1998. It's a 2 door coupe ex fully loaded with its common single cam 1.6 VTEC engine. I've never had a problem with it till it hit 250K. Which was its typical engine rod and main bearings. THESE LIL' ENGINES ARE GREAT! , I rebuilt it myself and its still going strong for almost 89k after. It does pay to rebu8ld if u know what you are doing... especially with any car. ...i mean look tge car is lije brand new agsin. Great power great response, i woukdnt trade it for the word. A a fun car to drive till this day. ..even more now that i added a turbo which makes 240 hp....thats enough for an all daily driver...im not much if a racer so i keep it to a safe minimum. But I haf a corolla before, an 86' 1.8 lift back. ...best car i ever owned. It got smashed with a hit and run. / ...havent found another one like it since.