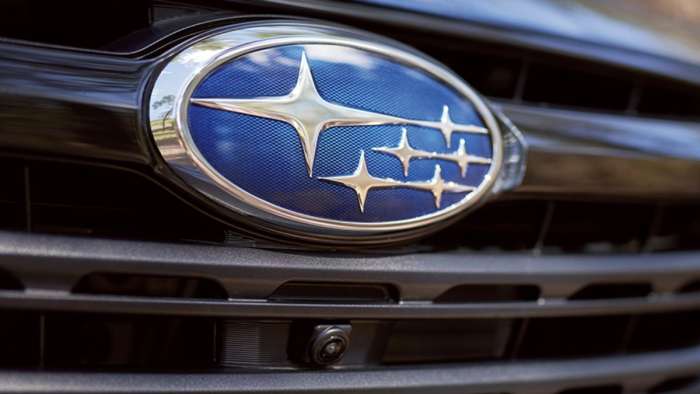 Subaru is known for its all-wheel-drive models like the Outback, Crosstrek, Forester, and Ascent. Is it time for Subaru to rebrand in the new all-electric model era?
Advertisement

Refreshing a vehicle like the 2023 Outback midsize SUV is how Subaru and automakers recharge what has otherwise been aging from the day it was released. The refreshed Outback arrives this fall with new upgrades for U.S. customers. Is it time for Subaru of America to rebrand and refresh in the new all-electric model era?

A report from Autoweek says it could help a car brand to get a remodel or rebrand itself. Subaru's sales have dropped, but not because the Camden, N.J. automaker is not producing new vehicles. The Outback and Forester Wilderness sub-brand is giving the automaker a big boost. The Solterra all-electric compact SUV is a success before it hits Subaru showrooms. 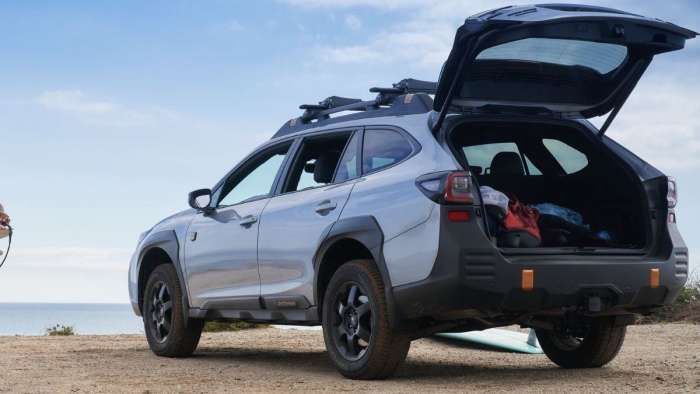 Autoweek says, "The substance of logos, art, and market presence are all subject to the winds of time. Doing so, however, means foregoing the years of brand recognition associated with its logo. Of course, a middle ground exists where changes are fresh but not unrecognizable."

Subaru is known for its all-wheel-drive outdoor adventures, safe vehicles, love of pets, giving back to the community, sporty performance models, and fun-to-drive family models. Subaru doesn't need to abandon its wholesome image, but there is a new era, and Subaru could get left behind. 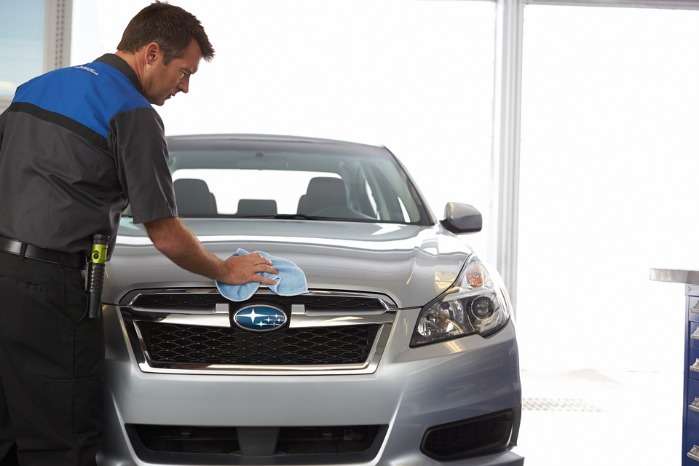 Is it time to revitalize the Subaru logo?

Its starry logo hasn't been changed since 2003 when the hue of blue changed ever so slightly, and they added the large capital letters spelling out Subaru.

What do the stars represent? Some say the six stars reference the Pleiades star cluster in the Taurus constellation, which is said to be easy to spot in the night sky above Japan. Others say the large star symbolizes Fuji Heavy Industries, and the five smaller stars indicate the five companies that merged to form FHI.

Subaru changed its name from Fuji Heavy Industries to Subaru Corporation on April 1, 2017, but left the logo unchanged. Is it time for Subaru to rebrand in the new all-electric model era?

The move to an all-electric lineup by many automakers quickly caught Subaru by surprise. Subaru Corporation recognizes the shift, and they have accelerated their timeline for all-electric models and will build a new factory to produce new EVs and hybrid models.

Maybe it's time to shift its marketing to a younger demographic who will buy an electric Subaru all-wheel-drive vehicle if they build it. A new logo would be an easy way to say to the world that Subaru is entering the new EV era and make a bold statement.

Subaru should stay with its adventurous all-wheel-drive SUVs and build new all-electric models with a "go-anywhere" attitude. It's time to ditch the outdated six-star logo and create a bold new design for its new EVs.

Subaru is known for its outdoor-themed all-wheel-drive models like the 2023 Outback and Forester Wilderness. It's time for Subaru to rebrand and bring a fresh new logo in the all-electric model era.

You Might Also Like: Why It’s Smart For Subaru To Pull Away From Toyota Now And Make Its Own EVs

Jim Freeman wrote on July 29, 2022 - 6:50am Permalink
What a crock. Ford has had its logo for over 100 years. The Subaru logo is well known, well respected and well conceived. EV is simply an expansion of brand.
KGJT-9149 wrote on July 29, 2022 - 9:21pm Permalink
I'm sorry, but Subaru should not change. The basic Subaru recipe (particularly for the Outback, Forester, and Crosstrek) has remained pretty similar since the mid 70's when they released the Loyale Wagon 4wd. Those who want a Subaru recognize it for what it is and they have created one of the most loyal followings in the automotive industry because of that. Also, the electrification of Subaru might not happen on such a large scale (i.e not making any more ICEs like many other manufacturers) as Subaru has been one of the biggest (admittedly of few) automaker to put effort into alternatives besides going for EVs.
Gregory Raymond wrote on July 30, 2022 - 8:28am Permalink
EV is a crock in itself. If you want something to play around in like a hobby have at it. If you have somewhere you need to be you better stick with good ole fossil fuel driven machinery. I am not spending half of my trip with the family waiting to charge. Lol.
Mark Thomas wrote on July 30, 2022 - 8:50am Permalink
Why focus on the logo? That’s the least of what they need to change. They need to update their entire design language. And do better with electrification. They don’t even have any decent plug-in hybrids. And don’t get me started on the Corollpreza, I mean Solterra. They need a new look and a new electric platform if they are going to remain relevant in 10 years.