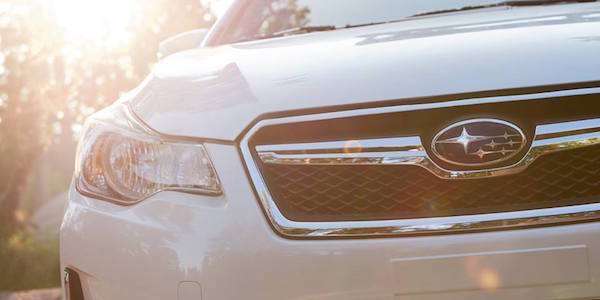 Subaru Changes its Name April 1; It’s Not a Joke

Subaru changes its name on April 1, 2017 and it’s not a joke.
Advertisement

It’s not an April Fools joke, Fuji Heavy Industries, parent company of Subaru will officially change its name tomorrow April 1, 2017. They will now be Subaru Corporation. The announcement was made last year, and its now the official name of the Japanese automaker as they announced today. Why did they choose this date? It’s the companies 100th anniversary and they are making the name change to put a further focus on their automobile brand.

Making all-wheel-drive vehicles is Subaru Corporation’s main business although they will continue to build aerospace parts for Boeing. They also have an industrial division that will continue on, but it will be brought under the Subaru Corporation umbrella and those employees will bring their expertise to improve the automobile business.

What will this mean for consumers?

As FHI pointed out in its mid-term management vision “Prominence 2020” announced in May 2014, you will see Fuji Heavy put a bigger focus on developing their brand of all-wheel-drive vehicles. Consumers saw Subaru roll out the new Subaru Global Platform (SGP) starting with the completely redesigned Impreza compact, and now the all-new 2018 Subaru Crosstrek is coming this summer with the new architecture.

Consumers will see the new Crosstrek crossover come with a 40 percent stronger structure for enhanced safety, improved ride quality and driving dynamics, more power, and improved fuel economy. It’s all part of the new Subaru Corporations emphasis on delivering “enjoyment and peace of mind” for their customers. Subaru will roll out all of their new-generation Subaru vehicles with the new platform.

The new Subaru Corporation had renaming ceremonies for their employees in Japan at the company’s Headquarters in Ebisu, Tokyo and three other domestic facilities. The had the all-new Impreza and a large-scale model of the advanced variant of the 412EPI helicopter on display to symbolize Subaru’s commitment to growth as a distinctive global brand in the automotive and aerospace industries.

Subaru Corporation President and CEO Yasuyuki Yoshinaga commented, “This change in company name declares Subaru’s determination to thrive as a brand that delivers value. When customers are satisfied, we see happy faces. We want to encourage even more smiles and create even more Subaru fans. Together with the new company name, let’s all make the Subaru team shine brighter!”

What’s next for the new Subaru Corporation?

A new all-wheel-drive Subaru model is coming in the near future. U.S. consumers will see a new 3-Row crossover called Subaru Ascent specifically designed for Americans in 2018 that will replace the Tribeca. It will be built at the newly-revamped plant in Lafayette, Indiana. Fuji Heavy is out, and the new Subaru Corporation is in. It’s not an April Fools joke.

Priscilla Baroni wrote on April 1, 2017 - 12:25am Permalink
Well the value of my 2010forester go super low in the market
Gary wrote on April 3, 2017 - 10:07pm Permalink
My mechanic told me to never buy a Subaru, even though my last 4 cars have been one. He told me the quality has gone way down and they ALL burn oil needing costly repairs. It about time for me to buy a new car, should I steer away from the Subaru Brand? I did see on the internet there have been law suits that Subaru lost and they paid people, but I cannot find anywhere if they fixed the problem. Does anyone have the answer?