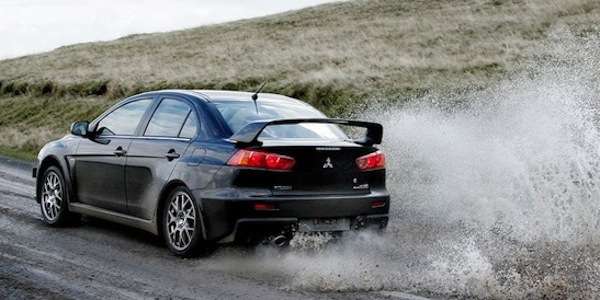 The 2015 Mitsubishi Lancer Evolution is going away after this year. How are performance fans responding?
Advertisement

The 2015 Mitsubishi Lancer Evolution is in its final year of production and fans are responding by snatching up the last models before they go away forever. Mitsubishi reports that the EVO X models are selling at a fast clip at the start of the year. January saw the performance sedans sales up significantly over the previous month to date.

Lancer Evolution sales, (which includes all Lancers) are selling at a 68 percent increase from January 2014 and the fourth consecutive month of year-over-year sales increase. The 2015 EVO didn’t get many upgrades, and even lost the Recaro seats. Mitsubishi Motors North America (MMNA) pulled the performance Recaro seats from the 2015 Lancer Evolution due to an airbag requirement in the new model sedans. All 2015 EVO performance sedans are equipped with the standard Ralliart/Lancer GT front seats, but it doesn’t seem to be hurting sales.

Not many upgrades for 2015 EVO

The only new features the last EVO will get is heated side view mirrors with turn indicators and a drop cup holder with lid. That’s the only changes made to all 2015 Lancer Evolution models in the lineup. The GSR and MR models get a few updates to their trim packages.

A Special Edition EVO is coming

The 2015 Mitsubishi Lancer Evolution sales are up and this will be its last hurrah. It looks like EVO performance enthusiasts can look forward to a special edition model later this year. This “Special Action Model” will be built specifically for the U.S. and will come with extra horsepower and other performance improvements over the standard model. It’s been reported that Mitsubishi will limit production to 2,000-2,500 units of the higher performance sedan and they will be built during the final six month’s of production that will end later this year.

Mitsubishi Motors will introduce a new compact SUV Concept at the Geneva Motor Show next month, but it won’t be the EVO successor. It will come with a high performance PHEV plug-in hybrid electric vehicle system that will power the next-generation performance car from the Japanese automaker.

The 2015 Mitsubishi Lancer Evolution is going away after this year and fans are responding by snatching up the last models before they go away forever. The next chapter in Mitsubishi’s performance car story will begin soon. Stay tuned.

Shane wrote on February 4, 2015 - 1:32pm Permalink
In Canada the Mitsubishi Evolution aswell as the Raliart still comes with Recaro seats,